All about the overdraft

It’s not every day that we have enough money to pay our bills on time, is it? Therefore, overdraft appears as a good solution for Americans. That’s because banks allow “extra money” to be used on credit cards.

As beneficial as this sounds, you have to be very careful. After all, the amount will need to be paid to the banks. The longer it takes, the greater the debt can be. To try to get around, many Americans resort to a salary advance or even to pay the debt in installments. 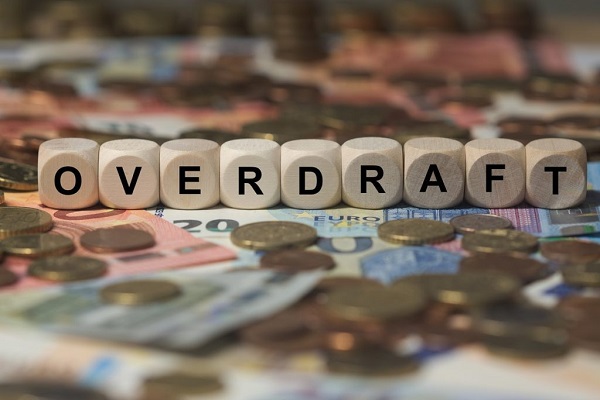 In this article, understand a little more about the subject — which still generates many doubts across the country. Understand how the Government manages overdraft and how interest is applied by banks.

How does Overdraft work in the United States?

A US$ 2.10 common coffee in the United States can cost US$ 37.10 if the consumer has a zero bank account at the time of swiping the debit card. This is because, in the country, banks charge a fixed fee, which does not vary according to the customer’s profile or purchase amount, for each access to the overdraft. Rates change depending on the institution, but hover around US$ 35.

To avoid indebtedness, since 2010 banks have had to expressly ask if the customer wants to allow access to overdraft facilities for debit card transactions and cash withdrawals at an ATM.

The idea is to prevent low and ordinary expenses from becoming a snowball with a higher fee than the purchase. The average debit card spend that generates the overdraft fee payment is US$ 24. If the customer agrees to have access to the overdraft, the bank charges a fee for each spend in excess of the cash on account.

Otherwise, debit card or cash withdrawal transactions are rejected in the case of a bank account with no balance — in these cases, the customer can still use the overdraft, but in other ways, such as a check.

How has the regulation been and is it being evaluated?

Overdraft regulations in the US were issued in 2009 by the Fed and went into effect the following year. According to the guidelines, banks must treat overdraft facilities as a short-term measure and get in touch with customers who use the measure the most to offer less painful lines of credit and financial education courses.

According to the text, the Federal Reserve (Fed), the American central bank, seeks “to ensure that the offer of the overdraft line is one of the last alternatives offered to banking consumers and, to avoid its unconscious or irresponsible use, the overdraft limit is granted only if requested by the user”.

The Federal Deposit Insurance Corporation (FDIC), the US federal agency that deals with the issue, recommends that banks adhere to daily limits on how many fees can be charged to customers in the same day if overdraft is used.

The restriction is much lower than the one advocated by consumer rights associations, such as the Center for Responsible Lending, which proposes a limit of one fee per month and six per year.

How do banks tax Americans?

Most banks follow the recommendation and impose a limit of between 3 and 7 maximum daily rate charges. The restriction is much lower than the one advocated by consumer rights associations, such as the Center for Responsible Lending, which proposes a limit of one fee per month and six per year.

In May 2019, the Consumer Financial Protection Committee announced that it would initiate a process to review the rules and asked for input from small businesses on the matter. The announcement sparked speculation in the American media and among experts in the field about how much more flexible the current rules can be, given the approach to the topic more favorable to banks during Donald Trump’s administration.

What Kind of Scale Does the Post Office Use?

Do You Need a Hat for Your Large Head? Here are Some Suggestions