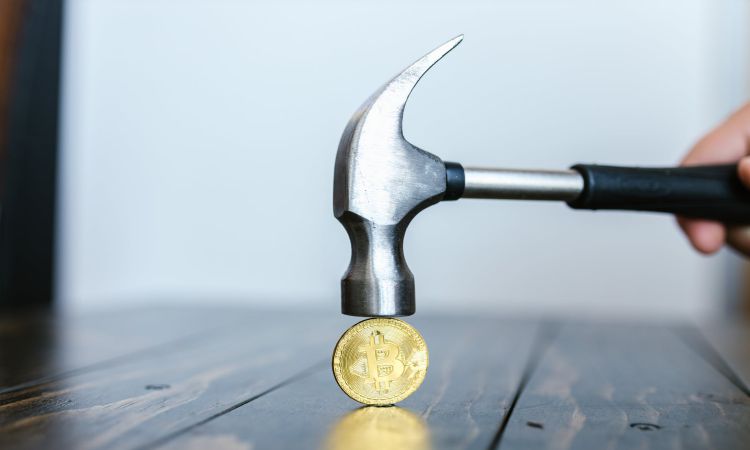 Bitcoin, a decentralized digital currency, derives the majority of its value from the exchanges where it is traded. However, there are other factors at work that could drive Bitcoin’s value to new highs while simultaneously driving it down. Bitcoin’s value has skyrocketed since its inception in 2009. Since its inception, the value of one bitcoin has ranged from zero to one-hundred-thousandth of a cent, but it has now reached a current value of around $37,000. In March 2020, the price of one bitcoin fell to $4,000 or less in some markets. Massive government stimulus initiatives, as well as increased adoption by businesses and large institutional investors, have accelerated the price rise to more than $40,000 in less than a year.

Factors Affecting the Value of Bitcoin

“How is the price of Bitcoin determined?” is a difficult question to answer. Bitcoin, unlike commodities such as oil or gold, does not have a single price due to its decentralisation. Bitcoin is a decentralized digital commodity that has found a price that is mostly determined by the total of buy and sell orders across various exchanges.

At any given time, Bitcoin is traded on a number of exchanges. Buyers and sellers must agree on a price at which deals will be settled in order to arrive at a price. The price of Bitcoin is determined by “the market,” as the saying goes. Indexing services such as Coindesk, Coinmarketcap, Messari, and others can be used to calculate a single value by collecting data from various sources and estimating an average.

However, a number of external factors may influence the price people are willing to pay for the currency. To answer the question, “How is Bitcoin valued?” consider the following factors:

Any asset’s present and future price movement can have an impact on the overall market mood. This cycle constantly repeats itself. The mood of the market is another factor that traders consider before deciding on their crypto holdings. Cryptocurrency analyses and these reviews can help you better understand the intricacies of the cryptocurrency industry as a whole and the reliability of your chosen platform.

When more and more people become increasingly optimistic about something, the price rises until everyone believes it will never fall again. It’s only at that point that things start to change, and people’s moods shift in the opposite direction. When the general public chooses to believe that prices will never rise again, the market has reached a bottom.

As a result, CNN maintains a “Fear and Greed Index,” which employs seven broad indices to assess the mood in the financial markets as a whole. These indicators use metrics such as stock volatility, call-to-put ratios, and the ratio of stocks making new highs to stocks making new lows.

According to some, the most important factor influencing Bitcoin’s price is the expansion of the money supply. When central banks print more money, the price of Bitcoin rises in roughly direct proportion to the amount of new currency printed.

The Effect of System and Network

Several argue that currency’s primary value is found in its network. In other words, the number of Bitcoin users:

Social media networks could be a good point of comparison. We look at how many people use social networks and how engaged they are. Instagram users check in at least half of the time, a figure that rivals Facebook’s overall user base and engagement. This is, for the most part, why people believe these networks are worthwhile.

There is no single factor that can be identified as the primary influencer on Bitcoin’s price. While news and mood can be found in the financial sector, cryptocurrencies only have mining and network effect. If you want to learn more about cryptocurrency before investing, you should look into some of the principles outlined above.

How to Choose Your High-Quality Ravencoin Wallet

Is there moisture on your ceiling? Know what to do