The National Football League (NFL) is one of the world’s most popular sporting competitions and as such has treated football fans to the very best action featuring the sports’ most distinguished names and star athletes as well as establishing some of the world’s most esteemed franchises.

The history surrounding the NFL dates back to the merger between the rivalling football leagues, the AFL and NFL which was successfully completed back in 1966, dawning the Super Bowl era.

Since the merger, the league is split between two conferences, the AFC and NFC as well creating four team divisions featuring teams from across the entire country. 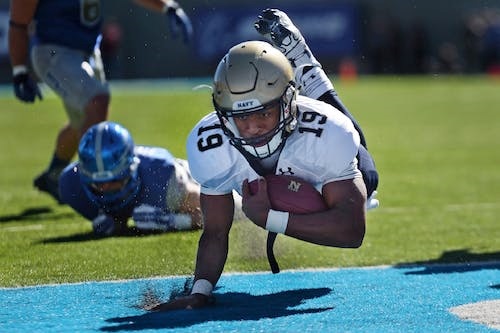 Teams will battle it out more often against their divisional rivals and will look to earn greater ranking in their conference standings to earn passage into the playoffs.

The NFL playoffs revolve around the best teams from both conferences squaring off against each other before the final remaining team from both the NFC and AFC face off in the illustrious Super Bowl game which will determine who can label themselves as World Champions.

This year’s Super Bowl game is already shaping up to be an unmissable event with the latest NFL odds stating that the Buffalo Bills remain as the outright favorite to lift the prestigious Vince Lombardi trophy at +400 odds.

For any newcomer NFL fans, here is a simple breakdown to inform you on how the league operates throughout the regular season and playoffs:

A simple rule to understand as it mainly features the team with the best regular season record earning a pass into the NFL playoff divisional rounds.

There are 16 games throughout an NFL regular season and the team that amasses the most wins and tops the standings in their respected conference will simply earn a bye past the wildcard round and immediately square off against an opponent in the divisional round.

This rule empathizes the importance earning the top record in the league as it can help prepare a roster of players for the all-important post season and as such can ensure players will be well rested for their next game.

If a franchise is able amass enough wins, then they stand a great chance of entering the post season at a higher seed, ensuring that they could square off against a team that is currently occupying a wildcard slot.

The NFL playoff bracket states that a two seed will face off against the seventh seed at home, a three seed against a sixth seed and fourth against fifth with this rule basically stating that the lower seed team is facing a tougher task when entering the playoffs as they will play a much higher ranked team on the road making their task even more challenging when attempting to enter the divisional round.

As the playoffs continue to unravel, there will be four clubs remaining from both the AFC and NFC, meaning the remaining sides from each conference will play each other in the Conference Championship game.

If your familiar with US sporting leagues, a Draft structure is so often put in place for the worst teams in the league to improve their young core and rise back to greater status by picking higher in the Draft.

Unlike the NBA’s Draft Lottery, the NFL simply allows the league’s worst ranked team to pick first overall in the Draft later that same year, with other selections coming in order of how bad a team’s record is and whether there have been involving in any prior trades that have sent Draft picks away to other teams.

As previously mentioned, NFL franchises can trade away their Draft picks and current players to other teams if they wish to sign a star player to increase their contender status.

One of the most recent blockbuster trades came when Quarterback Matthew Stafford was traded from the lowly Detroit Lions to the LA Rams, where he would later win a Super Bowl earlier this year.

The Rams gave up their picks in this year’s Draft and the following year’s as well as sending their first team QB Jared Goff to Detroit for Stafford’s services.

If a player is out of contract during the NFL offseason, teams can also acquire their signature in free agency should the player not reach an agreement with their former club or has been released.

Remodeling your home with a portico is an excellent idea!

Why Do the Normal When You Can Do Something Exciting for Your Corporate Event?