Coin collecting has become a hobby for millions of Americans. And now, there is a mint that allows you to add coins from Nevada to your collection without having to travel to Reno or Las Vegas. 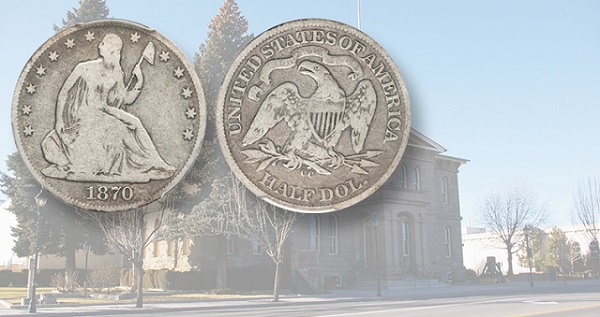 Established in 1864, this mint is located at the corner of Virginia Street and East First Street in downtown Carson City. It is the only mint in Nevada producing commemorative coins for state and national events and makes bullion coins. They’ve produced over 100 million coins and minted some of the most beautiful coins ever created.

Carson City Mint was established as a branch mint of Philadelphia, the first and main mint. It was birthed by the tedious task of moving silver and gold back to Philadelphia. There were vast amounts of silver mines around Comstock Lode, so the Carson City mint began construction in 1866 and started striking coins in 1870. Production would then stop in 1893.

It is said that Carson City struck coins are highly collectible, although the most recognized coin is the Morgan Dollar series. In addition, Carson City mint struck 13 dates currently priced at over 10,000 dollars.

When politics became more important than operations at the mint and logic was discarded, the great mint produced relatively lower amounts of coins than other branch mints. Nevertheless, the mint’s potential allowed it to make huge silver and gold coin quantities, although it didn’t. Following an act that mandated the US to purchase between $2M and $4M worth of silver every month, the Carson City mint struck millions of coins each year from 1882 to 1884.

The CC mint mark is well on its way to 57 gold and 50 silver issues. It struck seven denominations of silver, namely:

Carson city lost its mint status in 1899 following lesser quantities of silver coming from Comstock Lode. It then served as the local Assay office for 30 years before selling to the state in 1939 for 10,000 dollars.

Currently, Carson City Mint is the Nevada state museum that showcases Nevada’s history, including the first press (Press No. 1) ever used in 1870. In 2019, there was legislation to strike the 2021 commemorative in the city, which lost ground because of the pandemic.

However, the mint has announced that some 100-year commemoratives will be struck in San Francisco, Philadelphia, and Denver. In addition, a coin will be struck with a special CC mark to give homage to the Carson City Mint.

Despite its closure, the Carson City mint made the most-sought after coins with collectors. From the dime to the Morgan Dollar, the cc mark on the coin means you have something special in your hand. As a result, coins from the mint have been more appreciated than coins from other mints for the last two centuries.

The Complete Guide to Creating a Game App: How to Make a Mobile Game App