Data collection is a critical process for many businesses. Without data, you won’t know what your competitors are doing, what is going on in the market, how your consumers feel about your brand, and much more. Data is so valuable to businesses that they’re even willing to pay for data. So how can you collect data, and what should you know about data biases before evaluating the information? 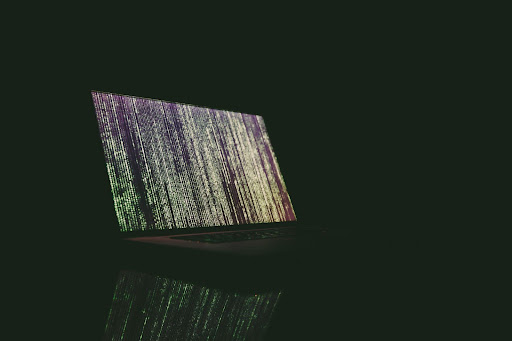 In this article, we’ll be looking at different ways to collect data and the biases that may influence the data collected. We’ll be looking at collecting data through surveys, tracking, public APIs, and web scrapers, such as a SERP scraper.

We’ll be covering the following topics on data collection and biases in this article:

There are many different ways that businesses can collect information for their business. Let’s take a quick look at some of the most popular ways to collect data.

Web scraping has proven to be incredibly useful for extracting vast amounts of data that can be used in many different ways. These tools are so powerful that they can eliminate many manual data collection methods. For example, using a SERP API is a scraper used to collect data on search rankings, keywords, and other important SEO aspects. Using a SERP API lets you see exactly where your content ranks and how to improve your content to rank higher. You can also use a SERP API to improve your overall SEO, and even your ad spend. There are many types of scraping tools that can be used. For more general website scraping, you can use tools like Octoparse, ParseHub, or Smart Scraper.

There are also ways that businesses can collect physical data. This can be through surveys, questionnaires, focus groups, interviews, etc. In these situations, the business gets insights from existing clients.

Implementing tracking cookies on your business website is a great way to monitor your visitors’ behaviors. This can be a great way to gather more information on your audience’s preferences, likes, and dislikes, which can be useful for future content creation, marketing, etc.

What Is Data Bias?

Data bias is an error in which certain data set elements are weighted or represented more heavily than others. You may be thinking that you’re collecting objective data free from biases. Unfortunately, data bias still occurs, even when using automation software, because humans still create the content and opinions based on the data, and machine learning programs are also still created by humans. As such, biases still occur even when trying to collect objective information. The collected data is also analyzed by humans, opening up another space for biases to come into play.

Let’s take a quick look at the five most common types of data biases that you may encounter.

These biases occur most frequently in human-generated content. This is usually in reviews, personal blog posts, social media posts, Wikipedia entries, and more. In these situations, the content often presents one person’s view rather than the population’s opinions as a whole.

Selection Bias occurs when users only look at a small sample of data instead of representations of the entire population. This type of bias frequently occurs in systems that rank content and personalization or even during A/B testing.

Bias Due To System Drift

This bias refers to any changes in the system generating the data that happen over time. Real-life examples include adding different interaction features such as share buttons or a search assist feature on your website. The content may now be biased due to the addition of these features that weren’t used before.

This type of bias frequently occurs in systems where humans input data manually into online systems. In these cases, some important information may not be mentioned due to privacy concerns or a lack of access.

Societal biases find their way into online data and content, reflecting the current societal biases in human-generated content. An example of this is referencing nursing and childcare professions as female denominated (she, her, etc.) and professions such as military or construction as male-dominated (he, him, his, etc.).

Bias is a component of the human thought process, and since humans initially created all content on the internet, there is bound to be biased information. These biases can affect the accuracy of the collected data. However, removing the biases is another challenge, and sometimes by removing the bias, the information is also no longer accurate. As such, different methods need to be taken to account for biases while still keeping the collected data accurate.

The ways that you choose to collect data are also important to consider and may sometimes be overlooked in favor of statistical models when considering data biases. If we don’t allow for biases when collecting and analyzing, we could end up with skewed or inaccurate data.

Why should you get a lawyer for a baby formula lawsuit?

How was the cryptocurrency trend before and how is it now?