Know All about PoW and PoS

by Miles Austine
in Business, Tips and Tricks 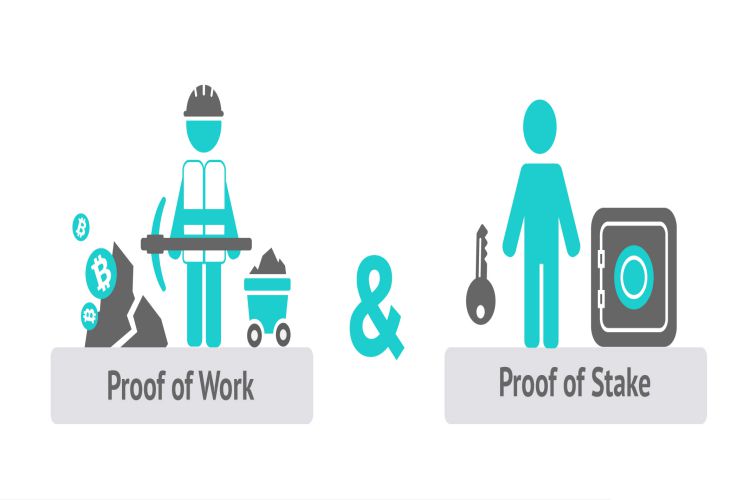 PoW refers to proof-of-work, while PoS refers to proof-of-stake. They are the two blockchain consensus mechanisms in vogue right now. Both have a common function, which is, to validate transactions that are the outcome of trading in digital currencies. If you decide to trade, visit bwcevent.com/crypto/ and find out how the blockchain platform works.

What are PoW and PoS?

Both involve the discovery of new blocks to add to the existing blockchain. Is called mining. The miners are individuals or a group.

The miners are in competition with one another. All of them strive to resolve a complex mathematical problems, using computers as resources. These systems are high-powered, possessing all the latest features.

Whoever finds a solution first, is the winner. However, there is an authentication process underway first. If the miner/miners pass/pass the test, payment comes through in the form of virtual currencies.

Experience also has a role to play. Every miner is selected at random for tackling a transaction. The selection takes place via a weighted algorithm. This algorithm takes into consideration the concerned miner’s relative power.

In case the verification is faulty, the miner loses his/her own stake. Some coins, or all coins, are taken away.

PoW demands computer systems that work extremely rapidly, for time is of the essence. Then again, there is a tremendous use of electricity/energy resources. Various processes also come into play. Ultimately, transaction times slow down, as the blockchain network keeps growing.

The major culprit is the PoW consensus mechanism. To illustrate, mining a Bitcoin or engaging it in a transaction, leads to the consumption of 830k Wh. The annual cost is 139T Wh. When Ethereum is using PoW, it uses up 50k Wh per transaction/mining. The yearly consumption is 26T Wh. However, Ethereum 2.0 will go in for PoS.

The miners also suffer. Since they must spend so much on electricity, as well as on computing, their profit margins tend to become reduced.

When a cryptocurrency, such as Tezos, opts for proof-of-stake, it consumes very less electricity. The expense per transaction is just about 30m Wh. The annual usage is 60M Wh. As a result, there is less contribution to global warming, and the environment does not suffer.

Scaling transactions is a struggle for projects using PoW. In turn, their transaction times slow down. Therefore, experts suggest that there be changes in block sizes. They also feel that there should be varied transaction channels off the blockchain.

Nonetheless, not all agree with these changes, for they believe that they can only be temporary solutions. Furthermore, the changes would usher in greater centralization. Crypto enthusiasts prefer decentralization.

Here, the validators are selected at random, separately for each block. They use the PoS consensus mechanism to validate the concerned node. As a result, transaction times receive a boost. Additionally, the energy requirement is less. Thus, every transaction goes through securely and speedily. It follows that the network displays good scalability, too.

Miners are encouraged to be highly competitive. Therefore, they strive to resolve the cryptographic equations as quickly as possible and confirm every blockchain block. Additionally, they are expected to behave in good faith, adhering to all the consensus rules. This way, there can be no rivalry attacks on the blockchain network.

Nonetheless, there is always the fear of a majority attack. For instance, if a group garners control of over 50% of mining power, it can initiate several actions. First, it can prevent the confirmation of transactions. Second, it can spend the same coins twice. Third, it can induce forks in the blockchain, thereby validating alternative versions of the same blockchain.

Miners may validate blocks, only if they have offered a security deposit or stake. Therefore, transactions tend to be legitimate only. There can be no forking of the concerning blockchain. If it happens, miners stand to lose their entire stake. There is no benefit, such as double spending of coins or theft, that may be derived from an attack.

The Best Outfits to Look beautiful In 2022

Everything about Filecoin crypto