Some Interesting Facts about Your Favourite Funfair Rides and Attractions

by Miles Austine
in Entertainment, Tips and Tricks 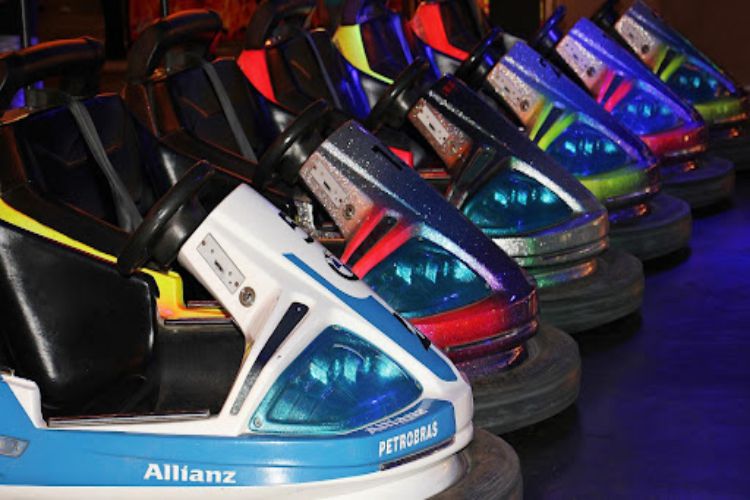 When it comes to funfair or fairground rides and attractions, we all have our favourites – be it the Ferris wheel, the roller coaster, the dodgem car, the carousel, and more. Every one of these rides has been with us for generations, which is why we feel nostalgic every time we visit a funfair. We can imagine a childhood spent awaiting the fairground and spending time in it even with our friends. Fairgrounds and funfairs are still a heavy favourite among young and old, and if you are planning a party or any event, it would be a good idea if you could have just one or two (or a dozen!) of these rides to delight and wow your guests. But it would be equally good to find out a few facts about our favourite rides and attractions so that there would be a whole new meaning to spending time at a carnival or funfair. So here are some interesting facts about your favourite rides and attractions.

The Ferris wheel is arguably the most instantly recognisable ride and attraction at a fairground. As a result, it is often the first one event organisers are looking to hire, as attested to by your best funfair hire partner, https://www.wearetricycle.co.uk/. The big wheel, as it is also called, has existed ever since roundabouts and swings were used, and the principle behind its design has never changed. The biggest of the big wheels was first seen in the World Exposition in Chicago in 1893, and this wheel had over 40 carriages capable of carrying over 1k passengers. The same is true of the big wheel at the Empire of England Exhibition, held in 1894 at Earls Court. But the wheel as we know it – meaning small enough to be a staple at any funfair – wasn’t produced until the middle of the 20th century, and the standard size carried about 12 to 16 cars.

Whilst it’s true that giant wheels have somewhat lost their appeal, they have been seen as a tourist attraction the world over, beginning, of course, with the London Eye.

Dodgem cars, also known as bumper cars, are another ride and attraction that continues to delight and amaze – and what makes it ever popular is that it’s safe enough to be enjoyed by young kids (as long as they are with an adult, of course). Of course, nothing beats driving around and trying to ram other cars and passengers! They were first introduced in the UK by the Lusse Brothers, but their popularity took flight when they were presented in funfairs by Orton and Spooner, Lang Wheels, Rytecraft, and Robert Lakin.

As early as 1913, Blackpool’s Pleasure Beach already had dodgem cars, but it was only through Paul Brathwaite’s patents that dodgem cars began to change. So if you want your funfair to provide good, clean fun to all attendees, you can go for dodgem cars, and everyone is guaranteed to try it at least once.

There are many other rides and attractions to speak of – there is the caterpillar, the chair o’planes, the giant swings, and the Matterhorn, which changed the way fairgrounds were viewed. So if you are set to hold your fairground and want to make sure to please the crowd, go for a combination of old and new – and you couldn’t go wrong.

Car Insurance for Kids: How Does Insurance Cover Your Kids

How Can You Search for the Best Audiologist in Your Town? The Essential Guidelines