What Do Professionals Use to Spray for Mosquitoes? 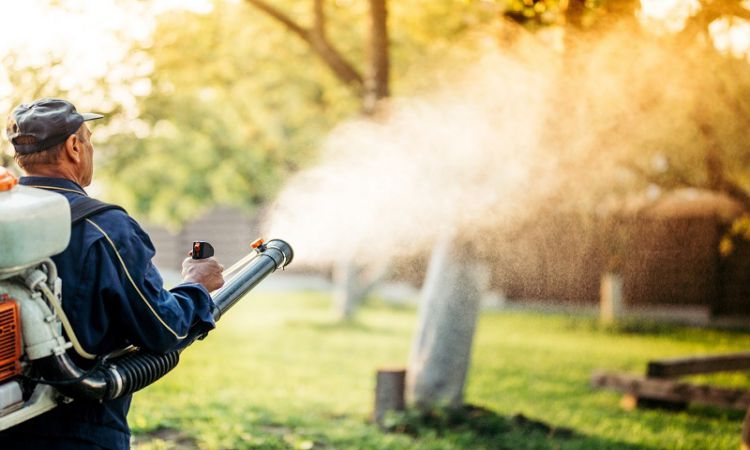 Professional insect control requires a certain level of delicacy; after all, killing insects like mosquitoes isn’t simply a matter of getting insecticides and dispersing them indiscriminately in a particular area. You need professionals that know what they’re doing. Think of Mosquito Authority – mosquito tick control aficionados when you encounter mosquito issues that need to be handled. Letting such professionals resolve your mosquito infestation problem is a much better option than going at it alone.

Getting rid of mosquitoes requires using certain chemicals that kill them. Depending on factors like the area and severity of the infestation, mosquito control professionals choose different insecticides to spray.

Types of Insecticides for Spraying Mosquitoes

Different insecticides continue to be produced in response to the mosquito problem. This is because some types have started to lose their potency, meaning they’re not as effective at killing mosquitoes as before. However, some insecticides have stood the test of time.

Below are some common types used for spraying mosquitoes;

These are insecticides derived from some plant species of the Chrysanthemum genus. The dominant chemical substance found in them is pyrethrin—a fast-acting combination of natural substances that can kill mosquitoes and other insects. A typical pyrethroid mosquito spray includes some added water or oil. This produces just the right concentration. It is most effective when sprayed in relatively low amounts.

Examples of pyrethroid insecticides include:

It should be noted that the above pyrethroids are synthetic even though they have a similar chemical structure to the pyrethrin extracted from the chrysanthemum plant. They’re ideal for killing adult mosquitoes.

These chemicals contain alcohol as one of their primary ingredients. Much like in humans, these chemicals are poisonous to insects like mosquitoes. They work by inhibiting a crucial enzyme (a biological substance in living organisms) responsible for controlling nerve signals in the insect’s body. After disrupting the work of this enzyme, the insect dies. Examples of organophosphate insecticides used for spraying mosquitoes include:

These chemicals are ideal for long-term mosquito control. They work by disrupting an insect’s growth cycle. For example, insects like mosquitoes go through four growth stages. The larva stage is crucial because this is when many organs of the young mosquito are developing. By affecting the chemicals that control growth and maturation during this cycle, IGRs allow such a larva to proceed to the next stage while still immature. The subsequent mosquito hatched will lack some essential organs to survive hence dying. IGRs are good for killing off a whole mosquito colony. Examples include:

While most professional mosquito control companies use one or more of these, there are other types, like inorganic insecticides and microbial ones, that are used less frequently.

It’s crucial to remember that most of these insecticides can pose health risks if misused. For example, spraying excessive amounts of organophosphate insecticides can lead to health hazards when people inhale them.

Having these insecticides, regardless of how potent they are, won’t mean much if they’re not sprayed properly. This means understanding the type of mosquito you’re dealing with.

That’s why it’s always best to contact professionals with experience in mosquito control when you’re having large-scale mosquito problems.

The type of insecticide to be used for mosquito control has to account for the four stages of the mosquito life cycle. The mosquito eggs, from which larvae hatch, tend to be laid in stagnant water and small bushes. For such cases, it is best to spray insecticides that target the egg and larva stages (larvicides). Of course, any such efforts will be negated if the breeding ground for these larvae continues to exist. Such breeding grounds include stagnant water and thick bushes in and around the house. Things like empty containers can accumulate rainwater and provide an instant place for mosquito larvae breeding.

For adult mosquitoes, it’s best to use insecticides that kill them instantly.

All these measures may not be effective if mosquitoes are breeding in neighboring houses. That’s why you may need to collaborate with your neighbors if you’re having a lot of mosquitoes at your house.

All in all, these insecticides help professionals to provide good mosquito control services.

What Is a Collaborative Divorce?