What is ASA Filament?

ASA, commonly known as Acrylic Styrene Acrylonitrile, is a plastic that can be 3D printed and has characteristics comparable to ABS. By altering the type of rubber used in the composition, it was initially designed as an ABS substitute that would be more UV resistant.

ASA is renowned for its excellent temperature tolerance, high impact resistance, and challenging printing properties. Due to its higher resilience to UV and severe weather, it frequently replaces ABS in outdoor applications. Because of its history, ASA still exhibits many of the same printability issues as ABS. You still need to take into mind-warping the plastic’s propensity for producing hazardous gases during printing because Styrene is included in it.

ASA Filament – What is it?

ASA filament, also known as acrylic impact-modified styrene, is a special type of plastic that is used in a variety of applications. Unlike traditional plastics, which are often brittle and flimsy, ASA filament is extremely strong and durable. This makes it ideal for use in outdoor weather conditions, where it can withstand extreme temperatures without losing its shape or starting to break down.

Furthermore, because it contains impact modifiers, ASA filament has high impact resistance, making it ideal for use in applications like automotive parts or building construction. Overall, this 3D printer filament is a highly versatile material that has many applications in a range of industries. Whether you’re looking for an enhanced performance material or simply want to explore the world of 3D printing, this remarkable plastic is sure to be an excellent choice.

ASA plastic is a strong material with exceptional heat, UV, water, wear, and impact resistance. With a glass transition temperature of roughly 112°C, it has greater heat resistance than most printing materials. As a result, warpage in ASA won’t be noticeable until temperatures between 90 and 95 degrees Celsius.

While it doesn’t outperform PC (polycarbonate) filaments in terms of tensile strength, ASA often beats most other printing materials. It is among the most durable plastics due to its other strong mechanical attributes.

ASA is water-resistant as well. It can endure water exposure for a long time before beginning to deteriorate. One of the best filament options for exposure to the elements and outdoor applications due to its great UV resistance.

ASA prints have a matte surface, unlike most common 3D printing materials. In comparison to PLA, PETG, or ABS prints, ASA parts appear smoother even without post-processing because of improved print quality and an easier time hiding the layer lines.

Many of the same drawbacks that ABS has are also present with ASA, although to a lesser degree. ASA is prone to shrinking, which might result in warping (mostly with larger prints). You can lessen problems with bed adhesion by printing in a hot chamber and, whenever practical, adding a skirt to your prints.

Acrylonitrile styrene acrylate includes styrene, which, when used in printing, creates fumes that can be toxic if inhaled for a prolonged time. If your 3D printer is situated where you or others may be exposed to the fumes frequently, you should opt for an enclosed 3D printer and vent out the fumes.

ASA is slightly hygroscopic, which means it absorbs moisture like other polymers. Although it doesn’t disintegrate in water like many other common 3D printing materials, it still means you must dry your filament before using it. Most manufacturers provide suggested drying settings for their filaments to ensure you receive the best results.

The intense heat resistance of ASA is often regarded as a benefit, but it also makes it considerably more challenging to work with than other filaments. It is significantly harder to prevent huge prints from cooling down too much during printing because it requires a greater nozzle and bed temperature than even ABS. 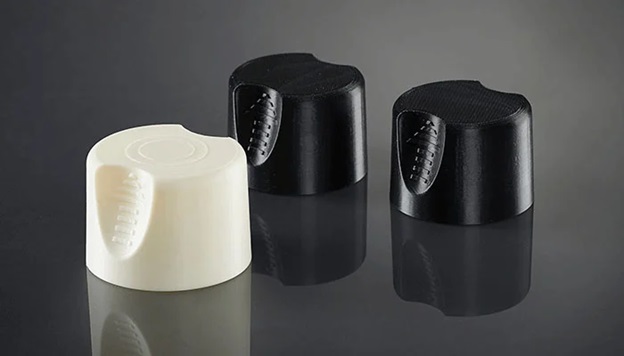 A few attributes of additive manufacturing need to be considered before using it. This task will be simple for those with prior ABS 3D printing experience. If you don’t have this training, you should follow several guidelines for producing parts with ASA.

In the beginning, it can be done using an open 3D printer, but it is advised to use one with a closed chamber because it can be sensitive to abrupt temperature changes throughout the manufacturing process. This may also lower styrene emissions. Second, it is recommended to use tape (Kapton Tape) to provide thermal and electrical insulation as well as lessen the potential warping impact during printing.

HIPS material could be incorporated as additional support for models with cantilevers at less than 45º from the horizontal plane, if necessary, due to the versatility of ASA filament. Additionally, using a minimal layer fan is advised. This will produce printed items of greater quality and prevent issues like cracking or 3D printer overheating. As a result, the fan will aid the material’s solidification without causing a sharp temperature change.

Although the melting point range varies significantly depending on the 3D filament manufacturer, this thermoplastic melts between 245 and 260ºC. To prevent deformation, it is practical to set the printer bed at a temperature of 80 to 100ºC.

The key to successful ASA 3D printing is to correctly set the distance between the printing bed and the extruder. The right setting will improve adherence to the surface and produce high-quality outcomes. In addition, it is important to draw attention to ASA’s intriguing qualities. It possesses good chemical resistance, glass transition temperature, and dimensional stability (mechanical resistance).

ASA is appropriate for producing working prototypes or end-use machine components that will be exposed to the outdoors because of all these features that make it simple to use.

In addition to 3D modeling and printing, SelfCAD is a 3D model maker that allows you to create designs for 3d printing. All users can use it, from beginners to intermediates to experts. You can create 2D and 3D models of the object and print them using the in-built slicer. It delivers excellent quality. 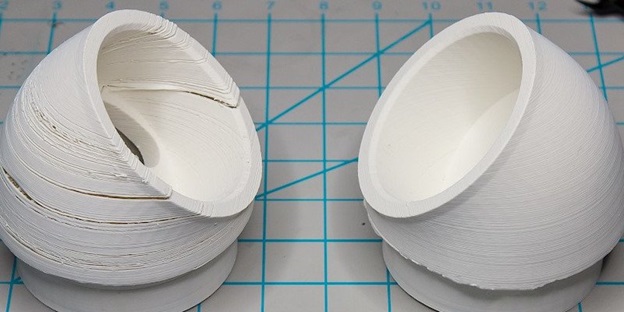 For customers who typically use ABS, switching to ASA will be simple and result in parts that are more resistant to sun and water damage. Those who do not have such instruction or expertise in printing with ABS must adhere to a set of simple tips:

Avoid draughts: The ASA is sensitive to sudden fluctuations in temperature during 3D printing, like many other materials. It is therefore highly advantageous to have a 3D printer with a closed casing or a room without draughts.

Use Kapton tape: It is commended to use Kapton Tape (or BuildTak), enhancing its action with DimaFix to better adhesion to the printing base.

Use layer fans sparingly: After achieving good adhesion, we will concentrate on printing quality and prevent issues like cracking and overheating. It is suggested to run the layer fan at the slowest speed (10–25% of total power) to avoid these issues. This aids in the material’s solidification by preventing overheated regions while averting a sharp temperature change that could lead to breaking.

ASA is a thermoplastic that combines mechanical robustness, resistance to water, resistance to UV rays, and a great surface finish. Due to its durability, ASA filament is an ideal material for 3D printing final pieces for machinery or prototypes that will be used outside.

Understanding the Link Between Pregnancy and Hair Loss