Where to Study Political Science: Top Universities and Programs

by Wilfred Shah
in Education and Career

In our previous article, we tried to analyze different services for students and answer the question, “Is the paperhelp reliable service to use?” Today, we will talk about college education, namely getting a political science degree.

Suppose you are interested in politics, public life, international relations, and events on the political and near-political world stage. In that case, political science education is right for you. You can get this kind of education abroad at university, at the undergraduate and graduate levels. 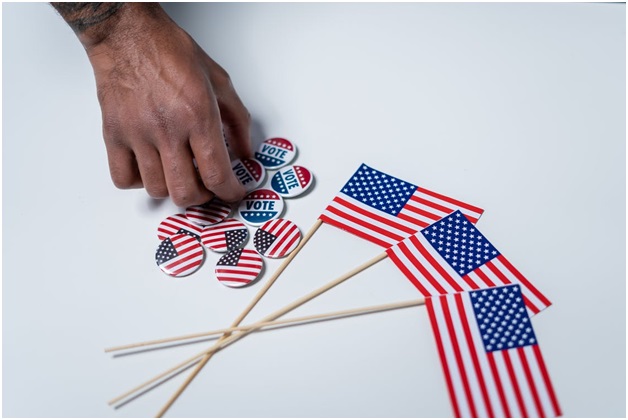 With interdisciplinary programs, studying political science abroad will give you a fundamental knowledge of different fields and prepare you for exactly the career you dream of.

What do political scientist study?

Political science is the science of politics as a field of human activity related to power relations, the state and political organization of society, political institutions, principles, norms, the action of which ensures the functioning of society, the relationship between people, society and the state.

First and foremost, a political scientist is a person who understands politics professionally, has theoretical knowledge, and can apply it in practice. Modern political science programs abroad focus on practical and interdisciplinary training for students. It means that future political scientists study politics, political technology, political theory, comparative political science, foreign and domestic politics of different countries, and many other disciplines. These include law, social and international relations, business and entrepreneurship, sociology and anthropology, computer science, and foreign languages. Many political science programs also include internships and work experience. It allows graduates to apply what they’ve learned effectively upon graduation and be successful in any field they choose.A career as a political scientist is the ability to understand processes and answer questions. It is the ability to understand the laws of how society functions and to understand the most pressing issues of today like “Why is Ukrainian-Russian War Happening and What It Means for All of Us?”

A career path for a political scientist.

Where to study political science?

The University of California, Berkeley, U.S.A.

Dalhousie University has been existing for more than 200 years and occupies 4 campuses in the Canadian province of Nova Scotia. It has a specialized Department of Political Science, one of the best of its kind globally. The department and its programs are internationally recognized. They allow students to study theoretical political science and engage in research in the field of politics and public relations. Another plus of the university is the affordable cost of tuition. A year of study in the popular undergraduate program in political science here costs $7,000, considerably cheaper than at most institutions in North America. Dual major programs (e.g., political science and journalism or business), graduate programs, and research courses are also available to students.

The College of Arts, Celtic History, and Social Sciences at University College Cork prepares students to be future political, social, and business leaders. The university’s political science programs simultaneously cover the historical aspects, present, and future of European and world politics and allow for the combination of political science studies with other strategically essential subjects such as law, business, environmental studies, and diplomacy. Students can begin their undergraduate studies in political science with an undergraduate diploma program that lasts only a year and provides students with a foundation in political science. Graduate programs continue with bachelor’s degrees with honors and master’s degrees with majors in political science, government, and public policy. Graduates from these programs now work in government, journalism, television, public, and private organizations and are successful in their businesses.

If you want a quality British education in political science from the comfort of your own home, look no further than the Open University. This university was founded in 1969 and offered high-quality online education to students from all over the world. The university has more than 180,000 students, and its programs lead to complete degrees and diplomas. Thanks to the distance learning format, classes at the university cost considerably less than those at regular British universities. You also do not have to spend money moving and living in another country. Online degrees at the Open University include a B.A. Honors in Social Sciences and Political Science (3-6 years), a B.A. Honors in Political Science, Philosophy, and Economics (4-6 years), and a B.A. Honors in History and Political Science (3-6 years). The average cost for all these programs is $6,500 per year.

The Political Science Department at American Temple University is ideal for students interested in politics, international relations, and the major global issues of our time, such as health, the environment, and civil rights. The department’s main strengths are that it is taught by renowned professors and researchers and allows students to intern at real political and civic organizations. The university offers future political science majors a full range of coursework in the discipline. Students can earn a certificate, bachelor’s, master’s, or doctoral degree in political science. In addition, political science can be chosen as a major or one of several majors, combining science with other subjects. Temple University’s Master of Public Policy program is also popular with students, covering political science, community organizing, delivery of public services, and addressing topical social issues regionally, nationally, and internationally.

The University of Western Australia has a picturesque oceanfront location and offers students a quality and challenging education in a learning environment tailored to meet the individual student’s needs. The student-faculty ratio ensures that each student receives personal attention and all the support they need. As a result, U.W.A. graduates excel whether they continue their education or enter the workforce. The university offers a popular bachelor’s degree with honors in political science and international relations, which can be completed in as little as three years. As the name of the course suggests, the program involves the study of both Australian and international politics and prepares students for global jobs. The broad profile of the program means that graduates can work in a variety of sectors or pursue further study for a master’s degree specializing in political science, public policy, or international relations and international law.

How to improve brand loyalty online through digital marketing