How Adding Your Teen Will Affect Your Car Insurance Policy

by Hazel Grace
in Automotive, Tips and Tricks 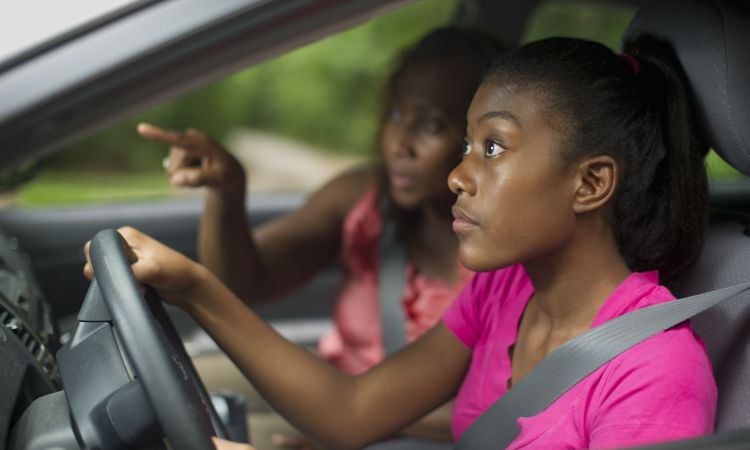 A teenager getting their driver’s license is a rite of passage when growing up. If you’ve been hauling them around everywhere they need to be for many years, then you might actually look forward to them driving around themselves. Then again, adding your teen is going to impact your car insurance policy in many ways.

The Impact of Adding Your Teenager to Your Car Insurance

When it comes to teenager driving, you’re going to have two primary concerns as a parent:

Safety matters should be covered quite a bit in their driver’s ed classes and your own lessons with them. How they impact your insurance is something you might not know as much about. Teenage driving insurance can be complicated, rushed, and expensive. Here are a few things you should know:

Consult your current insurance agent about when you need to specifically add your teenager to your existing car insurance. Depending on your state, it might be at the driver’s permit level whereas others wait for a full license.

Adding a teen to your previous policy might boost your rates by 160% on average. However, if your teenager is doing well in school, you might get discounts of up to 25%. Much like adults with higher credit scores get better insurance rates, many insurers lower rates for kids in high school and college with good grades.

A standalone policy for a teenager on their own will cost more than being added to your own insurance.

As much as you shop around for yourself, also shop around for adding a teenager to your own policy. A good rule of thumb is to assume higher liabilities for your teen. Start with 100/300/100 for your quotes for most states.

Some states have laws prohibiting insurance companies from using gender as a factor in their rates, but many don’t. As a result, teenage boys cost more to insure than teenage girls. The numbers of teenage motor vehicle deaths are three times less than they were five decades ago, but there are still thousands of them per year. Male teens make up most of them.

The most important thing is making sure your teen is insured, but you also need to make sure you find them the right auto insurance appropriate to the state you live in, such as Arizona. Factors that go into this include:

Insuring a used Honda is different than insuring a new Porsche. Get the right kind of coverage for what vehicles your teen will drive.

Insurance for new drivers is usually more expensive, so look for any and all applicable discounts. Teens might qualify for good student discounts.

Liability and medical coverage aren’t things to usually skimp on, but you also don’t want to overpay for the value of your teen’s vehicle.

Good student discounts were already mentioned as one potential way of managing the high costs of insuring a teenage driver. Details vary with each insurance carrier, but they might include:

There are also other options:

A clean driving record can reduce rates by as much as 25%. However, these discounts might not kick in until after three, four, or five years of driving.

Most insurance providers offer discounts for covering multiple vehicles. Teenagers would make this happen if their families doesn’t enjoy it already.

Some insurance carriers offer discounts of 5% to 15% for people who go through driver’s training. Others won’t, given how much training courses are part of getting licensed.

Certain insurance policies will discount rates for unmarried young adults who have yet to turn 21 and still live at home.

If your teen drivers less than 10,000 miles each year, there might be a discount for that. Discounts such as these can be even greater if they drive half that.

Technology makes it possible to monitor driving quality and vehicle use. Insurance companies can use devices to keep track of your teens, and teenagers are known to drive better when they know someone is watching.

Should You Even Do It?

Your teenage driver has to have insurance. However, does it have to be added to yours? This is a question that Time looks into, and they argue for some good reasons why you should do it.

Remember, your teen is just learning how to drive and operate a passenger vehicle responsibly. That needs to include not just safe driving but also how to take care of the vehicle in terms of maintenance needs. They also need to know how to get the right insurance coverage and keep it active, so involve them in the process so they can learn.

One thing you have to factor in, however, is who actually owns the car the teenager drives. If they have the car in their name, then they might not be someone you can add to your own insurance policy and would technically have to get their own. Make sure you have a clear understanding with your teen about who legally owns the vehicle they are going to drive.

Your teenager has to learn how to drive in order to function as an adult in society, even if they choose a lifestyle without owning passenger vehicles of their own. It’s your responsibility to make sure they learn how to do it safely, and you also have to make sure they get insured. Whether or not you add them to your own insurance or force them to get their own is a judgment call only you can make. Who actually pays for their coverage is also a family decision.

How to Make Money in 2022 with Bitcoin

How to get a title loan without showing the car