How Can a Lawyer Help You If You Verbally Agreed to a Settlement Offer? 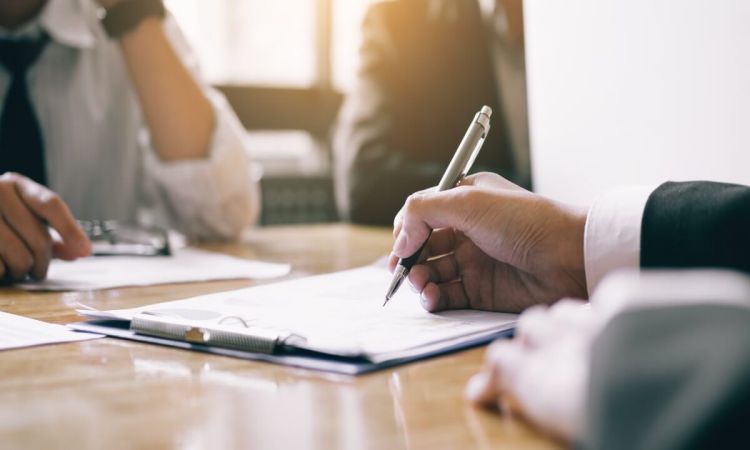 Be careful what you say, or else… If you file a claim with an insurer following an accident, you might be tempted to try and settle the matter without involving a lawyer. Nonetheless, you could make a mistake by verbally agreeing to a settlement offer. Before we delve into the details, consider partnering with a personal injury attorney from Hale Law – car accidents and related claims are within their line of work.

What’s wrong with a verbal agreement? And why would you need a lawyer after the fact? Well, read on to find out.

The Downside of a Verbal Agreement

Let’s start by highlighting a vital fact: the other person’s insurance company is not your friend. No matter how friendly the adjuster seems, their job is to protect their employer’s interests, not yours. Hence, they could offer you a lowball settlement to which you might agree verbally.

And then it hits you: the amount is far too low for the damages you incurred. But, by verbally agreeing to the settlement, you might have agreed to waive your rights to further compensation. What’s more, the verbal agreement could be binding in some states, so you might be stuck with it.

However, enforcement of such an agreement is a whole new ball game altogether. For the said agreement to be enforceable under the law, it must meet three conditions, namely:

If the agreement fails to meet any of these conditions, you can disavow it. So, if you verbally agreed to a settlement that’s binding in your state, the insurer may have their work cut out trying to prove their case, especially if the agreement wasn’t in writing.

Your Personal Injury Attorney’s Role in the Claim Process

Despite agreeing to a settlement, you can rescind your decision and get back to the negotiating table instead. To this end, you need competent representation – which is where an attorney comes in. They can advise you on the steps needed to back out of the agreement. To do this, they’ll typically review your case and the police report.

Moreover, your attorney will also request a copy of the insurance policy to check for the policy limit. Once they have all the facts, they can help you determine whether you should accept the insurer’s offer or not.

You need to act fast, however, as you might only have a limited time to rescind the agreement, depending on your state’s law. Your attorney will first assess whether the verbal agreement is binding and can work on getting you a better settlement. And by formally rescinding the agreement, you can convince the insurer to agree to resume negotiations.

It also helps to know you’re not obligated to accept an offer verbally. If you haven’t already, inform the insurer that you need to seek legal counsel. This should stop any attempts by the insurer to contact you directly, as they are now required to communicate with your attorney.

Alternatively, inform the insurer, in writing, that you accidentally accepted their offer. An attorney can help you craft this letter. And provided you haven’t signed anything yet, you should be in the clear to continue negotiations. In so doing, you can avert issues likely to delay your claim.

If push comes to shove, and the insurer insists the verbal agreement is binding, then your attorney can file a lawsuit on your behalf to set things right. And if the matter goes to trial, you can show the court (with your lawyer’s assistance) that the agreement was not binding as it lacked certain key elements. For instance, you could show that:

If everything goes according to plan, the court can set aside the agreement. In so doing, you can resume negotiations with the insurer, meaning you may get a fair settlement.

The Safest Way to Settle Your Claim

A personal injury lawyer is your best bet when filing a claim. They can help you in more ways than one and, perhaps most importantly, ensure you don’t make costly errors. For instance, if you try to deal with the insurer directly, they could delay your claim – making it harder for you to get a fair settlement by stalling the process.

By roping in an attorney, you can avoid an insurer’s tactics and get down to business. Your attorney will value your claim, negotiate on your behalf, protect your rights, and help you get a favorable outcome – all while freeing up your time by letting you focus on recovery.

A verbal agreement isn’t the end of the road, as it’s not always binding. But, if you’re acting alone, an insurer can make it hard for you to back out. Fortunately, with professional legal help, you don’t have to settle for less than you deserve.

How to Maintain Your Garage Door?

Can I Drink Coffee While Wearing My Invisalign Trays?