by Miles Austine
in Business, Marketing, Tips and Tricks 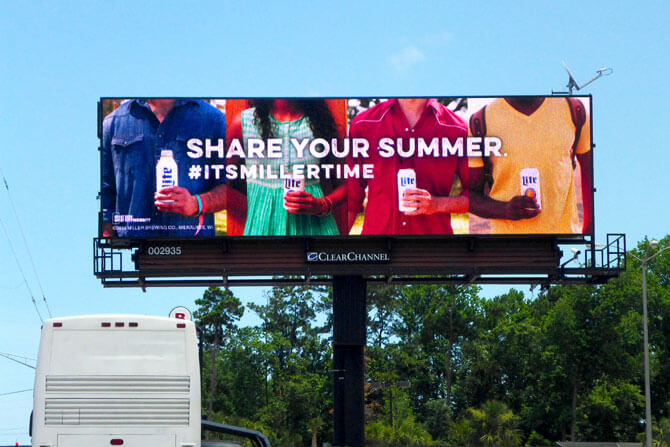 If you haven’t started taking advantage of out-of-home (OOH) advertising for your business yet, now’s the time to start. Bakersfield, California is a particularly profitable city to advertise in. While it’s not a metropolis, Bakersfield is an up-and-coming city that a lot of ambitious and hard-working professionals call home. Bakersfield billboards are a great investment if you’re interested in advertising your products or services in this Californian city. Today, we’re here to show you how to best leverage OOH advertising in Bakersfield and explain why Bakersfield should be the next place you advertise in.

Why Bakersfield is a Great Place to Advertise

Another pro of advertising in Bakersfield has to do with the size of the city itself. Although it’s a big city, it’s not one of the major hubs of big businesses in the United States, such as New York or Chicago. However, each year Bakersfield is growing more and more. If you combine the fact that Bakersfield has yet to be dominated by thousands of big-name companies and the fact that it is continually seeing growth in its population, you have the formula for the perfect city to advertise in. The competition in Bakersfield is substantially less than it would be if you were to advertise in a bigger city. As this Californian city continues to thrive and grow, your business will already have a foothold in Bakersfield but only if you start setting up Bakersfield billboards as soon as possible. It’s best to jump right in and start advertising in this growing city before other companies get the same idea. Since you’ll have been there first, your company will have marked its territory already, giving you a major advantage over the competition.

There is already more than enough justification to start advertising on Bakersfield billboards as soon as possible, and we haven’t even mentioned the benefits of the location yet. Do you know what major city is basically neighbors with Bakersfield? If you said Los Angeles, you’re correct. LA is only 110 miles away, which is about a two-hour drive. Many LA hopefuls have decided on calling Bakersfield home, because not only is it very close to LA, but it is also considerably more affordable to live in. The cost of living in Bakersfield is close to the national average cost of living, while the cost of living in LA is about 50% more expensive than the national average. Healthcare in Bakersfield is actually about 12% cheaper than the national average, too, so clearly, Bakersfield is an attractive city to live in. It is an affordable city, especially by California standards, but it is also right next to one of the most iconic cities in the world. Bakersfield attracts a wide variety of people who want to live affordably but still be able to drive into LA for work.

How to Make Your Bakersfield Billboards Stand Out

If you’re interested in advertising your company on billboards in Bakersfield, then you also need to know how to make those billboards stand out. There are two main strategies you need to employ when designing your billboard advertisements to really make them stand out from the crowd: use bright colors and minimal words.

Cities are gray and drab as it is, which is why no passer-by is going to be drawn to another boring advertisement. Bright colors will instantly grab the attention of people driving past your billboard. Once you catch their attention with the bright colors of your ad, you need to convey what you want to convey succinctly. In other words, keep your message short and sweet. No one will have the time or desire to read your billboard if it’s covered in words, so try to condense your message to one or two sentences and a web address. This way, passers-by will get the information you want them to receive and know where to go if they want to learn more.

Bakersfield is a great place to advertise your company. We hope today’s article was helpful in showing you why that’s the case and how to leverage your Bakersfield billboards to see the most return on your billboard investment.

How to Find Unique Engagement Rings