Microdosing Psilocybin for Productivity and Creativity

by Miles Austine
in Health and Wellness, Tips and Tricks 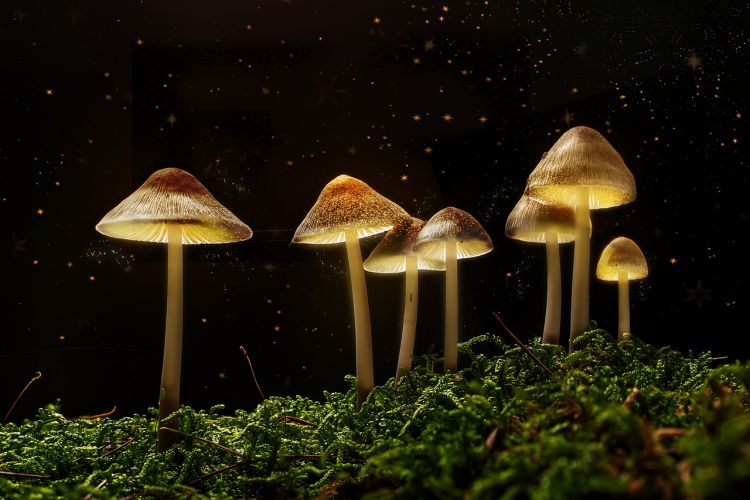 Indigenous people across Europe, Asia, and the Americas have been consuming one of the oldest psychotropic substances for thousands of years. These are psilocybin mushrooms, also known as magic mushrooms. They are hallucinogenic fungi that have been around since the dawn of time.

A hypothesis by Terence McKenna called The Stoned Ape Theory suggests that magic mushrooms played a vital role in the evolution of our hominin ancestors into becoming homo sapiens, also known as the modern humans.

Throughout history, humans sought out mind-altering substances for different purposes. May it be a rite of passage as a hunter, part of manhood, medicinal purposes, religious beliefs, and recreational use.

This article will look at the different doses in the consumption of magic mushrooms and their effects on the human body. Let’s dive in!

As the stigma against psychedelics is slowly starting to fade, this day and age is often dubbed the second renaissance of psychedelic research. More and more clinical studies and research are resurfacing, which could help us understand the potential benefits of these psychotropic substances.

Macro dosing is taking relatively large amounts doses of a substance. In the case of psilocybin, it is typically consuming 1 – 3 grams of dried magic mushrooms.

These are considered high doses and may sometimes be overwhelming to some. This is because they cause profound effects of hallucinations, nausea, and dizziness, and some may experience a complete ego-dissolution.

Some call this the journey into your subconscious mind.

One study in the Netherlands amongst 55 participants suggests that one high dose of psilocybin-infused tea increased creativity and empathy and boosted the overall life satisfaction of the participants.

Another high-dose study at Johns Hopkins showed empirical evidence that a single high dose of psilocybin was enough to create long-lasting personality change in 60% of 51 participants. These changes included openness, imagination, aesthetics, abstract ideas, and broad-mindedness.

Micro dosing is taking little and frequent amounts of a substance, small enough that it doesn’t get you high. In the case of psilocybin, it is typically 1/10 the part of a macro dose. A typical microdose is around 0.1 – 0.3 grams, small enough amounts that users don’t experience hallucinations.

The rising popularity of microdosing is especially evident in Silicon Valley, where some of the world’s most visionary innovators, outside-the-box thinkers, and brilliant technologists reside. This is because recent studies suggest that psilocybin mushrooms enhance creativity and promote overall well-being.

Another study about micro-dosing reported that 63 out of 98 participants had better moods, better well-being, and increased creativity. A significant reduction in stress and depression and lower amounts of distractibility over six weeks of testing were also noted.

Psychedelics are some of the world’s most potent substances. They are so powerful that some users describe the high as the single most humbling experience of their lives.

However, your experience can be either insightful or horrific. So, make sure to research or seek help from a professional if you plan to make your psychedelic journey.

What makes the digital Yuan a stablecoin?