Surreal Facts About Salvador Dali and His Art

by Wilfred Shah
in Biography

Salvador Dali was not only one of the finest and most famous Surrealist painters of all time, but he is arguably also one of the most interesting. The contents of his life were just as bizarre and surreal as the paintings he painted.

This was not only the result of his own eccentric and polarizing persona, but just like the rest of us, most of it was due to the experiences he endured throughout his life. In both tragedies and victory, the artist played witness to his fair share.

Regarding his artwork, they form a clear picture of the unique mind behind the brush. A mind filled with confusion and fear, fantasy and depravity, but ultimately though, a mind that would become one of the most memorable artists of all time. 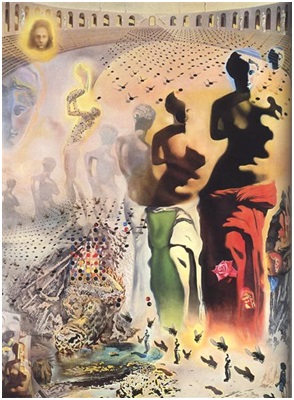 Dali Believed to be the Reincarnation of His Brother

Throughout much of his life, artist Dali was plagued by the idea of his brother, who had died just nine months before Dali was born. Also named Salvador, the boy tragically died from a gastrointestinal disease at just two years old.

Dali believed himself to be his brother’s reincarnation in light of this. Furthermore, he felt as though he carried his brother’s spirit along with him, similar to accounts of identical twins, and Dali often referred to himself and his brother as Castor and Pollux, two identical twin characters from Roman mythology.

Dali memorialized his brother’s memory with several paintings throughout his career, one of which was a portrait that even depicted him as an adult. Some may see this fascination as unhealthy and incredibly surreal, but it cannot be denied that his brother’s memory held a firm place in his heart. 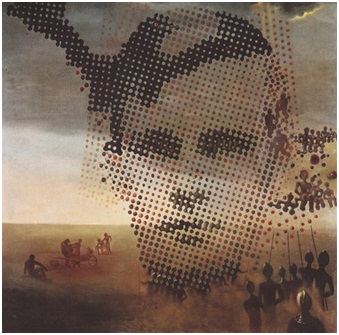 He Was Both Obsessed with and Afraid of Sex

You only have to look at a Salvador Dali painting to know that he was obsessed with sex. Nonetheless, it goes much deeper than this. Dali’s fascination and fear of sex would stem back to his childhood when he saw a book on venereal diseases.

These disturbingly negative sexual images would warp the young Dali’s impressionable mind resulting in fear of intimacy and impotence. Because of this, it was believed that Dali preferred to indulge in voyeurism rather than taking part himself.

Dali’s fear-based obsession with sex would become one of the basis for his artistic expression. However, he would also be heavily influenced by Sigmund Freud’s theories on sex and his books about dreams, and as a consequence of this mix, his unique surrealist art would flourish. 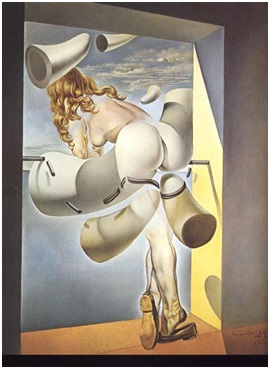 He Painted His Most Famous Painting When He Was Broke

There is a saying that great works start from humble beginnings, which is true in the case of Dali. But unfortunately, he wasn’t a gifted student and dropped out of art school before his final exams. This, accompanied by his unpopular personality, meant that his prospects of a bright future seemed unlikely.

The artist was kicked out of his family’s home at 25. Due to his negative reputation, he was eventually forced to leave his entire town. Broke and practically destitute, the young painter remained resilient and more motivated than ever.

He completed his most famous work of art, The Persistence of Memory, two years later. The title of the painting is seen as a testament to both Dali’s refusal to give up and the resentment he held towards his family and others. Nevertheless, Dali’s art would eventually reach worldwide success, thus providing a powerful example for others to never give up. 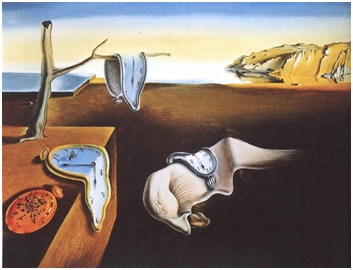 The Persistence of Memory – Salvador Dali

He Had a Pet Ocelot Named Babou

Salvador Dali artist was known for his flamboyant accessories. You noticed when Dali entered a room from his iconic waxed mustache to his cape and walking cane. Of all Dali’s decorations, though, none are more surreal than his feline companion named Babou.

Ocelots are medium-sized spotted wild cats that look similar to the Leopard, and Dali took his pet one with him everywhere, even in restaurants. Ocelots are wild animals and ordinarily solitary. Perhaps the artist felt a spiritual bond with the animal and a personal one.

Dali is also remembered for having a pet ant-eater which he was commonly seen walking around the streets of Paris. He even famously took the creature onto a talk show one time. This interest in exotic animals only adds to the surreal personality of the notorious artist.

His contemporaries disliked Dali for several reasons. Some would argue that this is predominantly driven by jealousy, which may be true. Still, Dali’s outlandish personality and abhorrent actions left a lasting impression on people, and not for the better.

For one thing, he was a fan of Hitler. Most Surrealist artists followed the view of Marxism, whereas Dali, perhaps just to be different, openly praised Fascism and Authoritarianism. This was also not the only radically controversial viewpoint held by the artist.

This is accompanied by Dali being known as obnoxious, selfish, greedy, and vulgar. Furthermore, he is known to be physically violent to both animals and women and even boasted, whether jokingly or not, about eating the flesh of his deceased wife. These are some reasons why Dali was so disliked.

Salvador Dali was indeed an individual in every sense of the word. From his art to his actions, he ultimately did things his way. However, for better or worse, his life and work will be remembered, and he is there to find out more about himself at the Salvador Dali gallery and websites.

Living In Atlanta: 8 Best Neighborhoods In 2022