The 5 Longest Novels in English 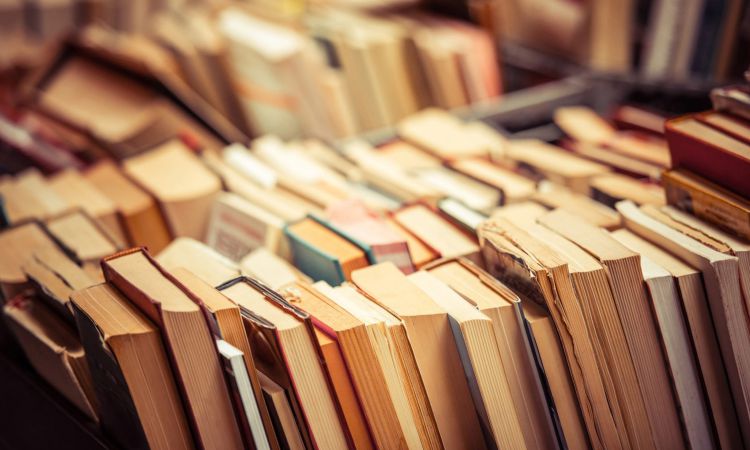 Reading novels is a familiar way of entertaining your mind. A common thing of most novels is that they are longer than stories. The average word count of a novel is around 100000 words. But, the length of a few novels will make you Wow! We have enlisted the name of the five longest English novels for book worms.

With AmazingTalker you can connect with one-on-one English Tutors that can help you improve your English reading skills! You can also learn French by finding online French Tutors on Amazingtalker!

Clarissa is an epistolary novel written by Samuel Richardson and published in 1748. The novel is about the tragic story of a young and beautiful woman named Clarissa Harlowe. She belonged to a rich family and was loved and admired by all around her. However, she became the victim of the greed of her family members who wanted to improve their social status. The novel has four major characters including Miss Clarissa Harlowe, Robert Lovelace, Anne Howe, and John Belford. Besides, you will get introduced to dozens of secondary characters while reading the novel. Clarissa is the longest novel in the English language for over 250 years. The book comes with 1534 pages and the word count of the novel is more than 943000 words.

Poor Fellow My Country – is an award-winning political novel by Australian novelist Xavier Herbert published in 1975. The central character of the novel is Prindy, a half-native boy. Besides, the other two major characters in this novel are Jeremy who is Prindy’s white grandfather, and Rifkah, a female Jewish refugee from Nazi Germany. The novel is full of adventures and ups and downs where we see the three main characters oppressed by their surroundings. Poor Fellow My Country – is the longest novel ever written by an Australian writer. The book contains 1463 pages with about 850000 words.

4. Women and Men by Joseph McElroy:

Women and Men is a postmodern English novel written by Joseph McElroy and published in 1987. The novel has eight major chapters with twenty-three sub-chapters. James Mayn, a business and technology journalist, is the central character of the novel. Besides, Grace Kimball, a feminist, is the other major character. Mayn and Kimball live in the same apartment in New York; however, they never met each other. On the other hand, both of them have some common friendships. In the novel, James Mayn is the narrator of the entire story. Women and Men is the longest North American novel ever written. The book contains 1192 pages and about 850000 words.

Sironia, Texas is an award-winning novel by Madison Cooper. The book was published by Houghton Mifflin in 1952. It is a story about daily life in a fictional town called Sironia in Texas. However, readers will soon realize that Sironia is the disguised version of Waco, which is Cooper’s hometown. Sironia, Texas is one of the longest English novels ever written. Madison Cooper has taken over 11 years to complete the novel. The book has more than 1700 pages and the word count of the novel is about 840000.

The total word count of these giant novels is astonishing. But, did you know that you also have a book with a massive word count? It is the Bible. According to the study of WordCounter, the total number of words found in a Bible is around 3,116,480.

It is incredible that authors have spent years writing such long novels for readers. Their works will be rewarding when we will read and understand the theme of these novels. To explore the beauty of English novels and to study English literature, you must learn English. Otherwise, you will miss the dormant nobleness of the language. Learning English is not a big deal in the present time. You can even learn it from home without attending traditional language classes. AmazingTalker is a popular online language learning platform where you can learn English and other languages from native tutors. This will help you enjoy English novels more than before.

3 Ways To Make Extra Money In Your Spare Time

Planning a holiday to Saudi Arabia? We have the answers