If you are a fan of beautiful social media celebrities, you might have already come across Alahna Ly. She is an American social media influencer and dancer who has achieved celebrity status on Instagram. But who exactly is Alahna Ly? Continue reading this article to find out more about this stunning brunette. 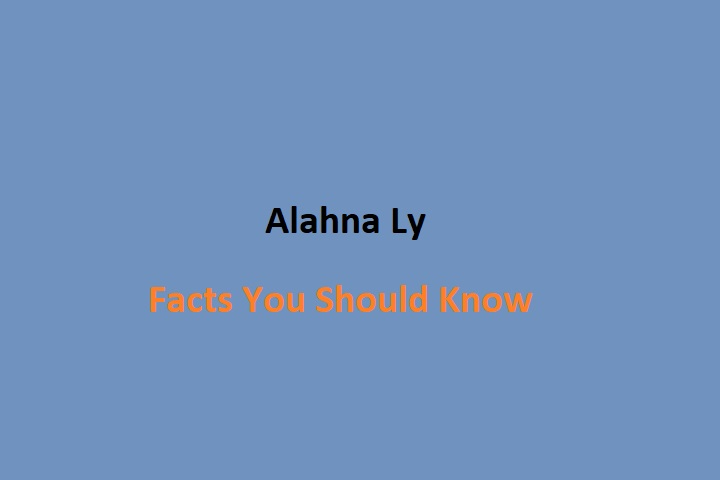 Alahna Ly was born in Royal Oak, Michigan, on March 11, 2000, making her 21 years old as of the writing of this article. She is of Asian-American descent, but she has American citizenship.

There’s not much information about her family. However, it is a known fact that her parents have south-Asian ethnicity. She does have a younger sister, but her name is not exposed to the public for privacy reasons.

Alahna Ly is a petite lady. She is only 4 feet and 10 inches tall, weighing 48 kilograms. Despite her small frame, her body measurement is 32-21-33, which makes her a very proportionate lady. However, a well-balanced figure is not much of a surprise given her choice of career and physically active lifestyle, even before she became famous.

Because of her Asian genes, Ly has mesmerizing dark brown eyes. Her dark-colored hair is long and shiny.

What Alahan Ly lacks in height, she makes up for with her vibrant personality. As her photos on social media suggest, she is a charming young woman with a happy personality. She is also very confident about her skills and talents, which is evident in how she poses in photos and her videos.

As mentioned above, Alahna Ly is a social media influencer and dancer.

She has a large following on her Instagram account. She started posting short dance video clips on the platform in 2015. Most of these videos are of her twerking, which is a popular dance move during that time. One month later, her Instagram followers boomed to 100,000.

Alahna Ly’s passion for dancing started when she was younger. It’s no surprise, given that she has a talent for it. Although she started posting twerking videos, she is also popular for her belly dancing clips.

Aside from being a dancer, Alahna Ly also dabbled in singing. She has made several song covers and uploaded them on YouTube and SoundCloud. Some of her music include:

Alahna Ly has also dipped her toes into modeling, given her amazing visuals. She has worked with magazines, such as British Girls Magazine and LUXX. Aside from that, she also collaborated with the luxury brand, Chanel, in the past.

As of today, Alahna Ly has over 1 million followers on Instagram. She also has a YouTube channel where she posts dance videos and song covers. Her channel has around 5,820 subscribers.

It appears that Alahna Ly is currently not in a relationship. However, she is pretty private about that side of her life so it’s difficult to confirm whether she is truly single or not. She also has a TikTok account with more than 65,000 followers.

According to some sources, Ly’s favorite color is blue. Her favorite actor is Joaquin Phoenix, while her favorite actress is Christina Hendricks.

Her favorite food is chocolate shakes, although this is more of a beverage than actual food. Aside from dancing, she also likes singing from time to time, making her a multi-talented young lady.

There’s not much information about her exact salary, but it is estimated that her current net worth is around $500,000. This is quite an amazing feat, given that she is only 21 years old.