Milana Aleksandrovna Vayntrub, or better known as the AT&T Girl, “Lily,” is an actress, comedian, and activist. From a very young age, Milana knew that she shared a love for acting. Upon immigrating to the United States from the Soviet Socialist Republic, the Jewish girl began her career as a child actress.

People learned more about her life when she appeared on the TV show, ER. However, Milana rose to fame after she appeared in AT&T television commercials. She was portrayed as a saleswoman, named Lily Adams.

Her appearance in the TV commercials lasted for three years, from 2013 to 2016. Yet, things weren’t always easy for the beautiful actress. In recent times, Milana had to post a public message to shut down the lewd comments about her looks.

Should you want to learn more about AT&T Girl “Lily” Milana Vayntrub and what she is up to nowadays, continue reading this article.

The beautiful actress and comedian didn’t have an easy life. She was born in Tashkent, Uzbekistan. Milana comes from a Jewish family who had to move to the United States to get away from antisemitism.

Her parents finally settled in West Hollywood. While growing up, her parents didn’t have a lot of money, so that’s why she began acting.

Her educational background is quite versatile. She attended Beverly Hills High School but dropped out after her sophomore year. Upon dropping out of high school, Milana acquired a GED and enrolled at the University of California, San Diego.

She earned a Bachelor of Arts in Communication. Milana also studied improv comedy with the Upright Citizens Brigade.

Vayntrub swam in the acting waters when she was just a child. At the age of five, she starred in the Mattel Barbie commercials, to help her parents.

Her first official acting career launched when she appeared in the TV show, ER, in 1995. Apart from guest appearances on ER, she also had small roles in Life Happens and Silicon Valley.

Milana also made an appearance in several CollegeHumor videos. The actress joined Stevie Nelson to create a YouTube channel titled, Live Prude Girls, in which they produced many videos.

However, fans best know her from portraying Lily Adams, who was a saleswoman in the TV commercials for AT&T. The resourceful store employee appeared in over 40 TV spots for AT&T. In 2020, Milana appeared in AT&T’s 5G network to a March Madness fan. However, this time, the helpful employee was stationed behind a desk, hiding most of her body. It turned out that Milana didn’t like the lewd comments posted under the commercials.

Even though she is best known for appearing in these commercials, the actress also appeared in This is Us, playing Sloane Sandburg. Milana also voiced Squirrel Girl in the Marvel Rising franchise and starred in the series, That Moment When. In 2019, the Uzbekistan-American actress starred in Mother’s Little Helpers.

When she’s not acting, Milana likes to give back to the community. For that purpose, she created a movement called, “Can’t Do Nothing,” which focuses on helping Europe’s migrant crisis. The actress got the idea after visiting Greece and seeing the Syrian Civil War victims.

With the help of her social media platforms, Milana is also into politics and social issues activism. Throughout her career, she has endorsed Stacey Abrams and Raphael Warnock. Check her Instagram profile for more posts about justice, climate change, and gender equality.

Thanks to her successful portrayal of Lily Adams and her various roles in many movies and TV shows, Milana’s net worth is estimated at $3 million.

Her acting work contributes to an increased income and a lavish lifestyle. Apart from her acting career, she has active social media platforms, such as Instagram, on which she has over 900k followers. 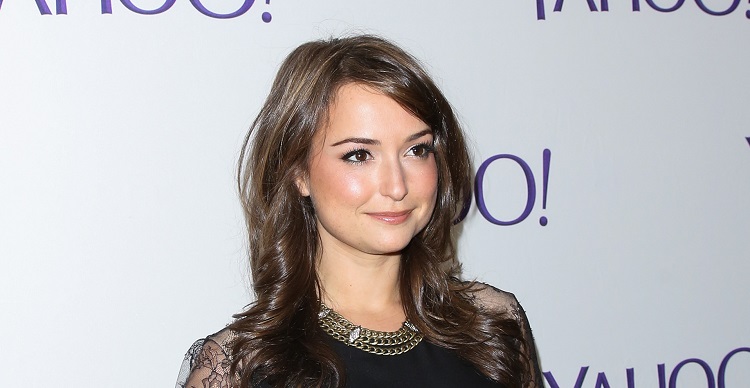 Not much is known about her personal life. It seems she wants to keep it hidden from the public eye. From what we know, Milana Vayntrub is single and there isn’t a lot of information about her previous relationships. The only former, confirmed relationship, was with John Mayer. She was only 19 years old when she met, then, 28-year-old John Mayer.

The public seemed to obsess over Milana’s role as Lily, and they began making fun of her. Namely, they found old photos of Milana and turned them into memes. The funny photos provoked users to post nasty and lewd comments in the comments section, under the commercials’ videos. The actress didn’t seem to enjoy this and in August 2020, she spoke about the harassment.

This is what she shared with her fans: “Maybe it just has to do with being a person on the Internet, or maybe it’s specific to being a woman on the Internet,” said Vayntrub, “But all of these comments… it hurts my feelings. I’m hurting and it’s bringing up, like, a lot of feelings of sexual assault. I am just like, you know, walking my dog and getting messages from people who have distorted my pictures to get ‘likes’ on their accounts.”

When AT&T learned about the provocative comments, they had to issue a statement in which they said they won’t tolerate the harassment. “We will not tolerate the inappropriate comments and harassment of Milana Vayntrub, the talented actor that portrays Lily in our ads. We have disabled or deleted these comments on our social content that includes Lily and we will continue to fight to support her and our values, which appreciate and respect all women.”

Milana is an successful actress and comedian. Most people recognize her as an AT&T girl Lily Adams. She is on her way to achieve more success in her career.