Nikolas Ajagu is well-renowned for being the partner of Meena Harris, a famous American lawyer, author of a children’s book, and the niece of Vice President Kamala Harris.

Although he is better known for that, Nikolas also has his string of successes. For example, he is co-founder of the companies Ecosystem Ventures, Code & Canvas, and Barrel & Ink. Aside from this, he has also served, since 2014, as Facebook’s Global Head of Partnership.

Nevertheless, despite his personal achievements, Nikolas managed to maintain a low profile until early this year. It was during the inauguration of President Joe Bidden, in January 2021, that his presence made its rounds on the Internet.

He was spotted with their children while sporting a Dior x Jordan 1 High, a limited-edition sneaker collaboration released in 2020. This famous pair of sneakers initially retailed for $2,200 but is now sold for as high as $7,000.

His shoes went viral right after these were caught on camera, and Nikolas was also thrust into the spotlight. In this instance, it might have shown that the “shoes made the man”. However, it pays to get to know this guy more,  to see that he is, definitely, so much more than just that. 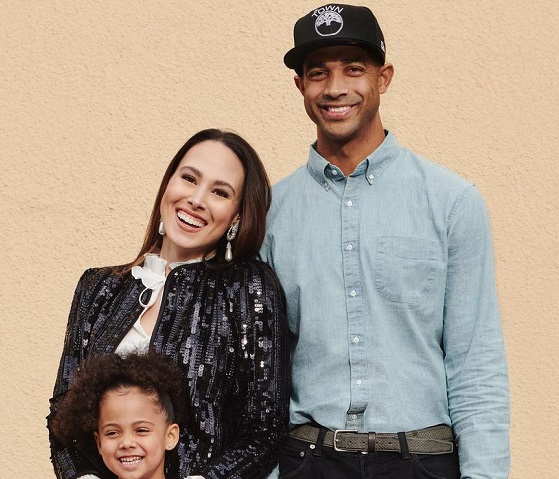 Known to be a very private person, very little was written about Nikolas’ childhood and growing up. Because of this, he was able to maintain a low profile. He was born on January 12, 1984, making him 37 this year, 2021. Born and raised in the United States, he has an American nationality with mixed ethnicity.

He also received his undergraduate degree from Princeton University, while his early career included work experience at PLAYSPAN (a payments company for digital goods) and Autonet Mobile (a car application).

Nikolas met Meena in 2007 when they both used to work at Facebook.  They have been together for 14 years now, and their relationship is stronger than ever. They were blessed with two lovely daughters Amara (4) and Leela (2).

Though mainly associated with being a “celebrity spouse” to a known American lawyer, he is much more than that. Nikolas Ajagu is also a star in his own right.  He had a low profile before; hence some of the documented details about his achievements are varied. However, his LinkedIn profile sets the facts straight.

He used to work at Autonet Mobile as an advisor in 2005. It was also around this time that he co-founded Ecosystem Ventures, a venture that allows both individual investors and investment firms to share their capital and experience or “co-invest” in the company’s endeavors.

He then joined Facebook in 2007 as one of its first 10 employees. As the campaign manager, his main task was to help Facebook build its monetization strategy.

He played various contributing roles in Facebook, which were instrumental in the social media platform’s beginnings. Then, in 2008, he became the Head of North American Advertising Operations. After this, he headed Americas Media Solutions in 2011. By this time, the company had seen his potential to impart so much more.

By 2014, he was already the Global Head of Partnerships and Advertising Technology. He took the lead for partnership management–from sourcing and coordination to the organization for the social network.

His innate excellence enabled him to form business processes and create marketing game plans for Facebook. At the same time, he also joined the board of a Canadian startup, Whole New Home, which will list in the ASX in the latter part of 2021.

Adding to his long list of achievements, Nikolas also co-founded a San Francisco startup, Code & Canvas, in 2013. This company aims to support community artists and heritage.

To say that Nikolas Ajagu was a game-changer and strong contributor to the business world seems to be quite an understatement.  He set precedence as he rose up the ranks and initiated startup companies with worthy causes.

The man is considered a technology master and being an expert in his craft and life, rightfully so.

However, then again, the most courageous thing he has ever done was stand for what he truly believes in: “that gender stereotypes about parenting should end.”

Nikolas, a proud and loving father of two daughters, left his high-profile tech job at Facebook. However, he did this for the right reasons–it was so he could raise their children and support his wife in her career.

His wife is Meena Harris, the niece of Vice President Kamala Harris. Meena is a lawyer and an author of children’s books. Nikolas walked away from his high-powered tech job so that Meena can focus on writing feminist children’s books. In an interview conducted sometime in January 2021, Meena proudly shared this news.

This shows a complete life turnaround for Nikolas, who has climbed and reached the top of the tech corporate ladder in nine years. However, Nikolas Ajagu is still a self-made man in his own right.

History shows how much he has attained, carefully choosing undertakings with worthwhile causes. However, his most remarkable accomplishment would go down in history as something he did for his little girls.