Did Tupac Have a Daughter Before He Died? A TikTok Star Claimed to Be His Daughter

Social media has always been a public space. We get information about crazy events, news events, and other things. TikTok is not short of that as a user claimed to be 2pac’s daughter.

On July 20, Jaycee Shakur, a TikTok star with the username @boogiebentley, posted a video on her TikTok with the caption, I am Tupac’s daughter. As she is already a famous TikTok star with 100k followers, her video went viral immediately. She has garnered millions of likes, views, and debates from Tupac’s fans. Her claim had created confusion on social media; some believed her while others didn’t.

However, no one knows whether she is telling the truth or not, and she has not produced any evidence that will make people believe she is Tupac’s daughter. By the way, did Tupac have a child before he died? 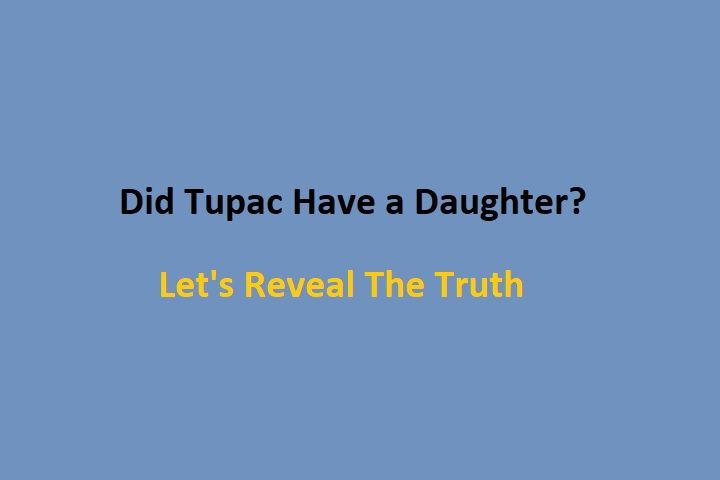 Tupac Shakur was an American rapper and songwriter who was known by the stage name, 2pac. He was regarded as one of the greatest rappers after selling over 75 million records worldwide. His well-known songs include All Eyez on Me, 2Pacalypse, Pac’s Life, Better DayZ, amongst many others.

The singer was known for his activism against racism and inequality, making him an influential individual in the rap world. 2Pac was born in June 1971, in New York City.

He was placed on a ventilator for six days. He died after that from the injuries of the gunshots, which caused a failed respiratory system, internal bleeding, and cardiopulmonary arrest.

After 2pac died, rumors surfaced online that he had a secret daughter from an external affair. However, it was not known whether the rumors were true or not.

Tupac married his longtime girlfriend, Keisha Morris, in 1995. Even though the couple planned to have a child, the turn of events didn’t let them.

He used to smoke weed a lot, and they could not have children because of that. He was also struck by a legal problem that got him into prison. After 2Pac left prison, they divorced. 2pac also dated Kidada Jones before he died. He had no children either with Keisha or Kidada. At least, it is not known to his family, friends, or the public.

Even though people noticed a striking resemblance between Tupac and Jaycee, it has not been established she is his daughter. Many people even questioned where she was all this while.

Also, on August 20, 2020, she posted a picture of Tupac carrying a baby. She tagged the picture, Father, and daughter. She had also posted many pictures of Tupac’s father and mother, Billy Garland and Afeni Shakur.

Jaycee Shakur is a TikTok influencer well known for posting comedy videos. Before her claim, she already had a wide following on TikTok. She is an entrepreneur, media face, and a social media star available on YouTube and Instagram.