Gavy Friedson has accumulated much experience in the medical field. He is of Caucasian ethnicity, but his nationality is American. He started to volunteer when he was 15 years old. He is a Director and the Global Ambassador for a medical organization. He got the public’s attention when he married Katie Pavlich, an American author, blogger, and conservative commentator. The couple has been together for almost 4 years. 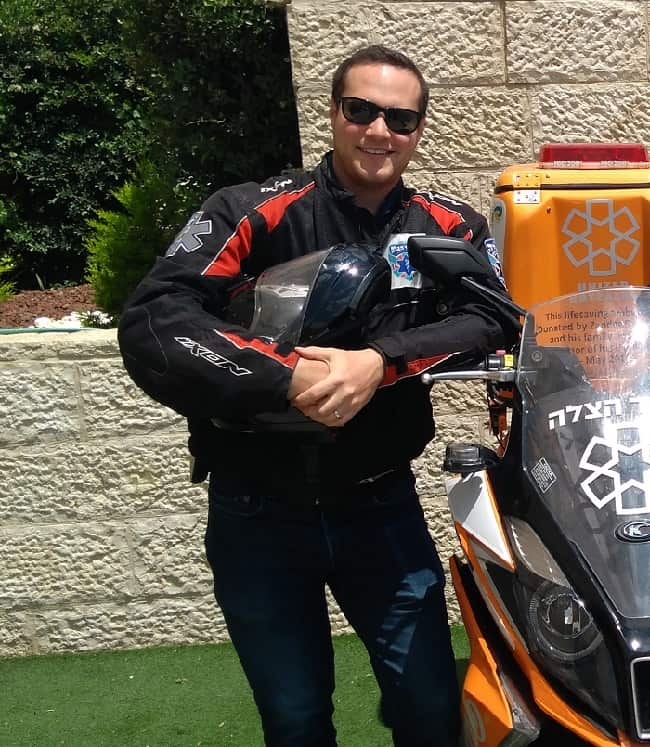 Gavy Friedson or Gavriel Gavy Friedson was born on December 30, 1988, in Boca Raton, Florida. He lived in the US until he was 10 years old when he moved to Israel.

His family still lives in Israel. He also has a brother, Jonathan Friedson, who attended Boca Raton Community High School and graduated from Hadassah College.

Gavy attended IDC Herzliya College in Israel, in 2011. He graduated in 2014 with a Bachelor’s Degree in Communication and Media Studies. He further studied Public Health in Crisis, Emergency, and Disaster Management at Tel Aviv University.

He started volunteering when he was 15 years old. He first volunteered at Megan David Adom in Israel and he was the first responder for the organization for more than 5 years. Moreover, he also worked as a firefighter for the Jerusalem Fire Department in 2005. He was a member of the organization and decided to leave in July 2007.

Gavy was also a volunteer police officer at the Israel police department for 1 year and 7 months. He also worked for the Israel Defense Forces for more than 3 years. From 2007 to 2009, he was an infantry soldier and was assigned to be their spokesperson.

Gavy has been a member of the United Hatzalah since January 2008. He spent more than 8 years in different positions, such as an EMT, First Responder, and the spokesperson of the organization in Jerusalem.

Throughout his stay at United Hatzalah, he helped in over 9,000 emergencies. In early 2016, he was assigned as the Deputy Director of International Operations in the organization. He worked in that position for more than 4 years.

He was then promoted to Director of International Emergency Management and Global Ambassador for the organization. The Emergency Rescue Organization congratulated him on his promotion in February 2020.

Aside from helping a lot of life-saving institutions in Israel, Gavy was also involved in helping people in several terrorist attacks that occurred in Jerusalem. One of them was the one that happened in 2008, in downtown Jerusalem.

Currently, Gavy works as the Deputy Director of International Operations for the United Hatzalah.

Before meeting his wife, he was a volunteer police officer and was involved in several relationships. He shared photos of him with his exes on Facebook. Nevertheless, the name of his former flame remains unknown.

Gavy Friedson is married to Katie Pavlich and the two tied the knot in 2017. Their wedding was held on July 5 at an intimate wedding ceremony. Only their family members and friends were invited.

They are somewhat open about their married life. They often post photographs of them together on their social media accounts. They currently live in Washington, D.C., with their adopted dog.

She got her Broadcast Journalism Degree in 2010, from the University of Arizona. Therefore, it is not a surprise that she developed her career in communications. She became one of the hosts for The Five, a Fox News show, in 2013. She was also Washington Fellow for the National Fellow.

Katie has also covered important news, such as the presidential elections in 2012 and the issues regarding the U.S. border, among many others. Besides, she gained the attention of the media when she released her book in 2014. She was also retweeted by President Trump in 2017.

What is Gavy’s Net Worth

Both Gavy and his wife are very successful in their careers, so they likely earn a fortune. Gavy’s net worth is estimated to be $85,000. He has earned a lot of his money from his career as Director of Emergency management.

What are Mati Marroni’s Thoughts About Inspiring Women?