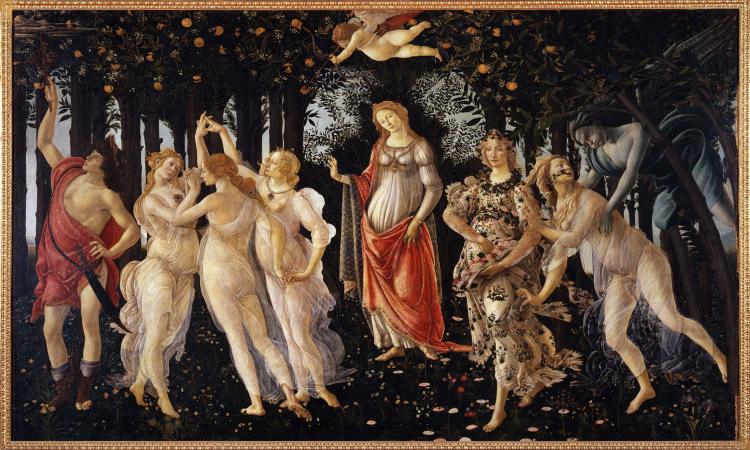 Since the beginning of time, Greek mythology describes the gods and goddesses as having flawless features and perfect bodies. Yet, so many paintings of Greek goddesses depict them in a very idealized manner.

Greek goddess paintings were famous in the 16th century. This is because so many artists painted them, and some even included hidden messages in their work. In this blog post, we’ll explore how different artists have interpreted these mythical creatures and discuss the symbolism behind their creations.

The Birth of Venus

Alexandre Cabanel’s painting The Birth of Venus has caused much debate among experts. Some believe the painting accurately portrays the Greek goddess, while others think it is merely a way to draw a nude woman.

Cabanel’s painting is indeed accurate, but it is also ambiguous. The birth of Venus was often portrayed in Greek mythology paintings as an adult woman, and Cabanel’s painting follows this tradition. However, the goddess is shown emerging from a shell, which may confuse some viewers.

Additionally, the painting does not show any of the other gods or goddesses that are typically associated with the birth of Venus. Therefore, it isn’t easy to know precisely what Cabanel was trying to depict. Was he simply painting a beautiful woman, or was he trying to communicate something more? Only Cabanel knows for sure.

Venus and Cupid by Lambert Sustris is a Greek late Renaissance painting that conceals an allegorical significance. On the surface, the artwork appears to be a simple portrait of the Greek goddess Venus and her son Cupid. However, upon closer observation, it is evident that there is more to this painting than meets the eye.

The artist has cleverly concealed an allegorical message within the work. Greek mythology tells how Venus was born from the sea foam. She is often associated with love and beauty. In the painting, Venus is shown standing on a shell, surrounded by water. This represents her birth from the sea.

Cupid also referred to as the god of love, is shown standing next to her. He holds a bow and arrow, symbolizing his power to make people fall in love. The flowers around them represent love and fertility. Upon closer inspection, it is clear that Sustris has included several hidden messages in his painting.

The Triumph of Galatea

The Triumph of Galatea, the Greek goddess painting by Rafael, is beautiful and peaceful. The Triumph of Galatea shows the Greek goddess in a serene pose, surrounded by green foliage and blue waters. The goddess rests her head on her hand as if lost in thought. The painting is calm and joyful, conveying a sense of triumph over adversity. Greek mythology is full of stories of Greek gods and goddesses overcoming significant challenges.

In the story of Galatea, the goddess was pursued by a jealous Cyclops, but she was ultimately able to escape him and find safety. The Triumph of Galatea celebrates this victory and serves as a reminder that Greek goddesses are strong and resilient. Greek mythology is rich with stories of Greek gods and goddesses, making Greek goddess paintings like this by Rafael highly sought-after by collectors.

Juno Receiving the Head of Argos

Jacopo Amigioni’s mythology painting of Hera, the Greek goddess, and wife of a faithless husband, is a masterpiece. The painting captures Hera’s beauty and strength, as well as her pain and sorrow. The hues are vibrant, and the composition is masterful.

Hera is depicted in a regal pose, gazing out at the viewer with a look of resignation and sadness. Her expression is accepting as if she knows her husband’s betrayal is inevitable, but she will still love him anyway. This masterpiece is a stunning work of art that captures the tragedy and beauty of the Greek goddess. The peacock is the main symbol of the painting. Hera puts the eyes of the Argos on its tail as a memory.

The mythology paintings of Gheorghe Tattarescu are both beautiful and intriguing. His work features the Nemesis, a figure from Greek mythology often portrayed as a vengeful goddess. In Tattarescu’s painting, she is shown in the moment of triumph. Nemesis conquers her enemies with ease.

There is also an absolute sense of awe and admiration in Tattarescu’s portrayal of her. His use of light and shadow creates an ethereal quality to his work, and his attention to detail brings the mythology to life. In Tattarescu’s hands, the Nemesis is transformed into a powerful and enigmatic figure who fascinates and bewilders in equal measure.

Greek goddess paintings are beautiful representations of the divine feminine and can be used as a tool for education, inspiration, and worship. If you’re looking for a remarkable way to learn about Greek mythology, look at some of the fantastic paintings of Greek goddesses. These powerful women have been immortalized in art, and their stories can teach us a lot about ancient Greece. Whether you’re interested in history or art, these paintings are sure to impress you.