Lil Tjay is an American rapper, singer, and songwriter. He was born on April 30, 2001. Lil Tjay, or Tione Jayden Merritt, is now 21 years old. He is of American nationality and mixed ethnicity.

Falling in with the wrong crowd was part of Lil Tjay’s childhood memories. He grew up alongside two siblings and a single mother, in a one-bedroom apartment in the Bronx. Since he wanted to provide for his family, Tione began pursuing a music career.

At times it felt like the music industry was overwhelmed with various artists and there wasn’t any room for Lil Tjay. Determined to make it, the rapper decided to turn to another platform on which he later found success. He posted the song “Don’t Gotta Explain” on SoundCloud in 2017. Four years later, the song has over 1.6 million plays on the platform.

In December 2017, Lil Tjay posted the song, “Resume,” which proved to be a huge success. Since then, the rapper has released many other songs on the platform making his fanbase grow by the minute.

In recent times, more specifically in 2021, the young rapper released another single titled, “Calling My Phone.” The song also has a video that was directed by Cam Busby. The second album, “Destined 2 Win,” was released on April 2, 2021.

Thanks to his career that is on the rise, the American rapper and songwriter has acquired a fortune of over $3 million in less than three years.

Lil Tjay’s Height: How Tall is he?

According to the images he shares on various social media platforms, Lil Tjay is approximately 5 feet 10 inches tall. 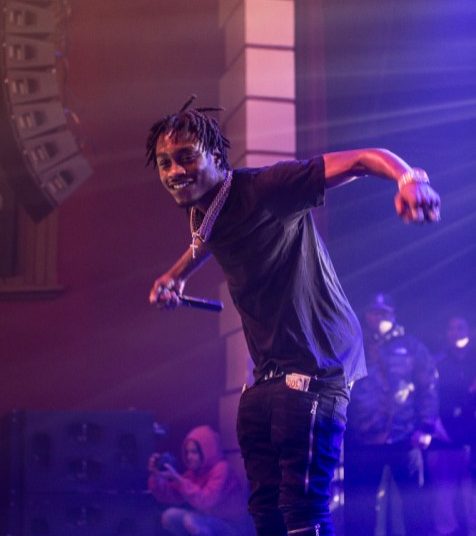 The rapper has black eyes and dark hair. His zodiac sign is Taurus. He weighs around 138 lbs.

Lil Tjay doesn’t seem to share a lot of information about his personal life. As of August 2021, the rapper is single and is not married. Although he has been linked to many women in the past, nothing has been confirmed with the public.