Markiplier is a YouTube vlogger and editor, known for his hilarious game commentaries, sketches, and playthroughs. Before he became famous, he was part of his high school’s marching band and even studied Biomedical Engineering.

He has garnered attention worldwide, having over 27 million subscribers on his YouTube channel. He’s done game reviews, songs, and even comedy sketches. Although there is plenty of information about him online, Markiplier’s height has always been intriguing to his fans, worldwide. Before we look into that, let’s look at his background, for those who aren’t familiar with him. 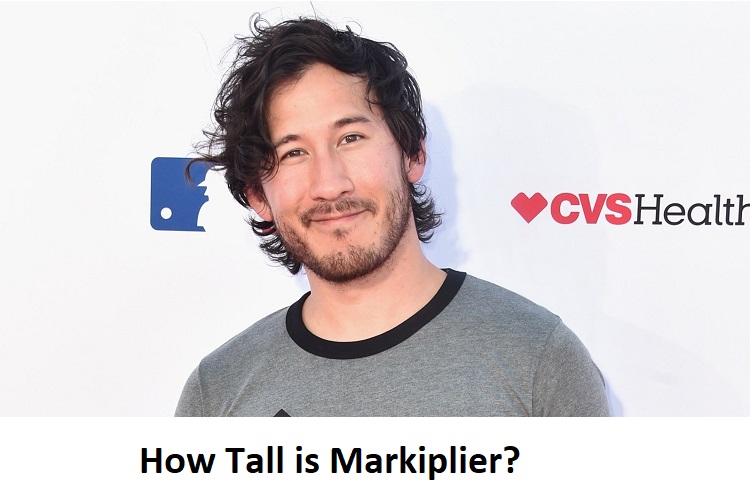 Markiplier was born on June 28, 1989, in Honolulu, Hawaii. His real name is Mark Edward Fischbach. At a young age, his family moved to Cincinnati, where he grew up. His brother, Jason Thomas Fischbach, is a digital artist, known for “Two Kinds,” a webcomic series.

Back in Milford High School, Mark became the trumpet player of the school’s marching band. He graduated in 2007. He went to the University of Cincinnati, where he studied Biomedical Engineering. However, he dropped out before he completed the degree, to pursue his YouTube career.

Markiplier is a YouTube video editor and vlogger. His name was a mix between Mark and multiplier.  He created his own YouTube channel back in May 2012 and has a mix of videos, from gaming streams, comedy sketches, and even parodies.

Since his first video in May 2012, he has accumulated more than 14 billion views across his videos on his platform. Apart from his successful game streaming and reaction videos, he has worked with several YouTubers, such as PewDiePie, Game Grumps, and Jacksepticeye.

Apart from his vlogs, he has also guested on Jimmy Kimmel, back in 2014. He has even collaborated with comedian, Jack Black. He has also done original songs for Cyndago. Markiplier had signed with William Morris Endeavor, Revelmode, and Polaris. He even became the announcer for Super Smash Brothers.

Most fans often wonder how tall Markiplier is. Whenever he guests on other channels, he seems to be towering over almost everyone. He is 5 ft. and 10 inches tall and weighs around 79 kgs.

Markiplier has been famous for his unique voice and videos. He has always been a favorite among fans for his charity work and entertaining streams.