Estelle Berglin is Julius Dein’s girlfriend. She is a stunning and skilled Instagram celebrity from Sweden, who has achieved success through hard work and perseverance. Estelle Berglin is a freelance videographer, who is multi-talented and enjoys traveling. She has become a social media star. Through her social media presence, she hopes to change people’s attitudes toward fitness and health. This Swedish content producer started her career as a shy young woman, who chose to take chances to grow into the woman she is now. Here’s a basic overview of Estelle Berglin’s history. 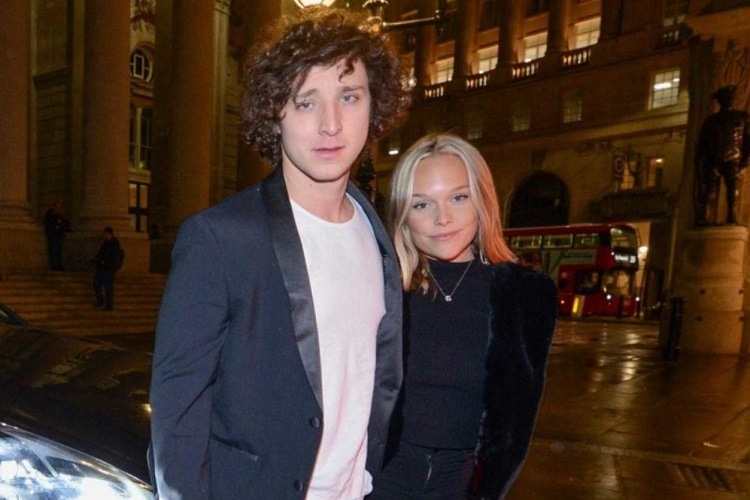 Estelle was born in Sweden on the 26th of April 1997. She spent her youth in Ume, where she lived with her younger brother and parents. However, the social media sensation revealed that she was dissatisfied with her hometown. As a result, she packed her possessions and relocated to Barcelona at the young age of 19.

Even though she has moved away from home, she keeps close contact with her mother, father, and brother. Despite her long absence, this YouTuber was overjoyed to see them, finally. Estelle Berglin has a brother by the name of William Berglin. He is a soccer player who led Ume FC Akademi, which is a local youth sports team, as captain. The football player has featured in some of Estelle’s YouTube videos, together with their father, Joakim Berglin. The identity of  Estelle Berglin’s mother has been revealed in some of her YouTuber videos. The mother-daughter duo, on the other hand, clearly adores each other.

Estelle Berglin and Julius Dein’s romance is still going strong today. The couple has been together since 2019 when Estelle appeared in the magician’s post for the first time. The trick master has a few well-known Instagram posts where he does his tricks with his girlfriend.  Berglin started dating Julius Dein, who works as an English prankster and street magician, in 2019. On social media, the devoted couple is constantly tagging each other. The social media celebrity is undoubtedly familiar with the prankster’s actions, and she, too, teases him daily.

Who is Julius Dein?

Julius Dein, a magician from London, is recognized for combining humor and magic in his shows. As a result, he became one of magic’s most respected characters. He has performed in over 50 nations and at over 1000 events worldwide. He performs at lavish celebrity parties, and children’s orphanages, sporting events, among other places.

After leaving her birthplace, Estelle Berglin obtained a job at Elle Magazine. Here, she worked as a videographer. Estelle is a self-taught freelancer that works in a range of fields. Because of her freelance employment, the filmmaker can travel to a range of localities with ease. In addition to filming, the fitness fanatic dabbles in post-production, graphic design, photography, online marketing, and web design. The multi-talented star has stated she learned her craft through trial and error and a bevy of YouTube tutorials.

Estelle obtained her personal trainer certification. She qualified as a personal trainer by BodyFight Sverige, situated in Marbella, Spain. She’s currently working on a master’s degree, specializing in personal training. At a young age, this fitness enthusiast was taught the importance of remaining healthy and fit. Estelle accompanied her parents to the gym to watch them as they worked out. Seeing her parents exercise appears to have motivated her to pursue a healthy lifestyle. Estelle Berglin has an Instagram account and posts about her workouts. The fitness trainer also shares how-to exercise videos and the meals she eats to stay in shape.

The net worth of Julius Dein’s Girlfriend

Estelle Berglin’s net worth is likely to be large, as she does various freelance jobs and manages to travel a lot. She has also promoted a few businesses. Her clientele includes Lounge Underwear, Fashion Nova, Lululemon, and Zaful. Multiple endorsements would surely help one make a significant amount of money.

As a result of her social media fame, Estelle is presently working on creating her own company. The company’s details are yet to be revealed; however, she has stated that it will be situated in Dubai. We cannot wait to hear more from the personal trainer, who seemed pleased about it. Her net worth is projected to soar in the coming days, as her popularity grows. Her net worth is currently more than $450,000.

Estelle is a specialist in online lifestyle promotion and oversees several advertising companies. Estelle began to appear in Julius Dein’s outstanding stunt records. Julius’ followers have been intrigued by her since they saw her on one of Dein’s videos, where Dein dazzles Estelle with a water glass performance.