Integrating React and Ruby on Rails for Web Development 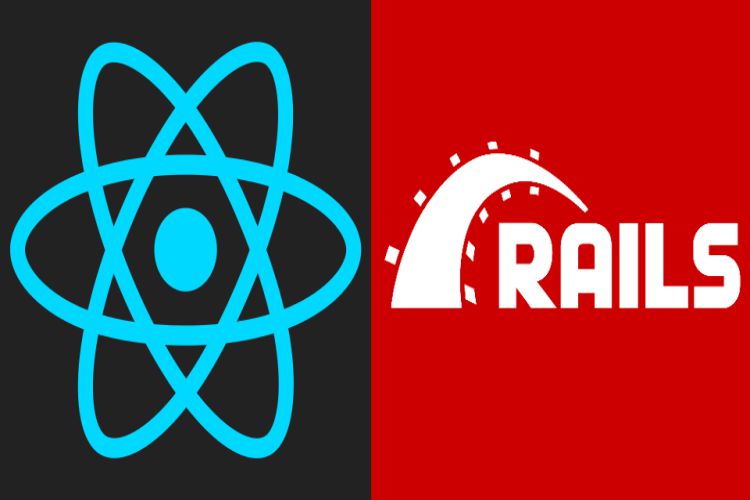 Web application framework Ruby on Rails was created using the Ruby programming language. User interfaces can be made using the JavaScript package React. Although they are unrelated, they can be combined to create web apps. For example, a Ruby on Rails app can create interactive, dynamic user interfaces, while Rails can handle the back-end functionality. To use React with Ruby on Rails, you need to include the React library in your Rails project and use it to create components that can be rendered in your Rails views.

While Ruby is known for its simplicity and convention-over-configuration approach, which makes it easy for developers to create web applications quickly and efficiently.

Comparatively, the JavaScript library react is used to create user interfaces. It is often used for building single-page applications (SPAs) and is known for its declarative approach, making it easy to think about and debug. To develop the application with Ruby on rails, you can hire ruby on rails developer to create a seamless user experience and robust features for your project.

React, and Ruby on Rails can be combined to develop online apps, despite their lack of direct relationship. Together, they provide a robust and efficient platform for creating web applications emphasizing the user experience. React allows developers to develop efficiently, dynamic user interfaces focusing on user interactions, while Ruby on Rails provides an elegant, efficient back-end system. This combination enables developers to quickly and easily create robust web applications that are visually appealing and highly functional.

Now that we are clear about react and ruby on rails, why you should use Ruby on Rails with React arises.

Why use Ruby on Rails with React?

There are several reasons why you might want to use Ruby on Rails with React:

Rapid development: Because of its simplicity and convention-over-configuration philosophy, Ruby on Rails is renowned for enabling developers to produce web applications rapidly and effectively. By using Rails to handle the back-end functionality, you can focus on building the front-end user interface with React, which can speed up development.

Separation of concerns: By using React for the front end and Rails for the back end, you can cleanly separate the different aspects of your web application. This can make it easier to manage and maintain your code and improve your application’s overall structure.

Rich ecosystem: Ruby on Rails and React have large and active communities, which means many libraries and tools are available to help you build your web application. This can save you time and effort, as you can often find pre-existing solutions to common problems.

Improved performance: React is known for its fast and efficient rendering, which can improve the performance of your web application. In addition, by using React on the front end, you can create user interfaces that are responsive and smooth, which can provide a better user experience.

By maximizing resource usage and minimizing overall code lines, Ruby on Rails and React work together to keep the program free of bugs and less prone to outages. This reduces memory consumption and usage.

Ruby on Rails and React are well-known frameworks that have established their worth over time thanks to vibrant communities and ongoing support for upgrades, maintenance, and features of an industry-standard standard to keep up with technological improvements. As a result, your app will be scalable and run well by combining React with Ruby on Rails. Also, this combination is used by prominent global businesses like Twitter, Crunchbase, Airbnb, and GitHub.

The developer community loves React and Ruby on Rails because they are both widely used and accessible and provide fantastic help when the development process gets stuck. The React + Rails community also includes many developers and subject matter experts with experience with the combination. As a result, the community produces better and more reliable documentation, which is very helpful for new developers or those working on the combination for the first time.

Using Ruby on Rails with React can help you create web applications that are powerful, scalable, and easy to maintain. Now that we have seen why you should use it, let’s see in which use cases you can hire ReactJs developers to leverage the benefits Ruby on rails offers.

When To Use React with Ruby on Rails?

The following circumstances call for the use of React and Ruby on Rails:

When you want to take advantage of the benefits of Ruby on Rails and React by using Rails to handle the back-end functionality and react to create the front-end user interface, you can create web applications that are powerful, scalable, and easy to maintain.

As mentioned earlier, it is possible to use Ruby on Rails with React. Combining these technologies can provide several benefits, including building reusable components with React and easily integrating them into a Rails application. This can improve the maintainability and performance of the application. Additionally, using React can make it easier to manage complex user interactions and improve the overall user experience of the application. Therefore, using Ruby on Rails with React can be an excellent choice for developers looking to build robust, scalable web applications. By combining the strengths of these two technologies, developers can create web applications that are highly performant and provide a great user experience.

Ronak Patel is a CEO and Founder of Aglowid IT Solutions, an ever-emerging Top Web and Mobile Development company with a motto of turning clients into successful businesses. He believes that Client’s success is the company’s success and so he always makes sure that Aglowid helps their client’s business to reach to its true potential with the help of his best team with the standard development process he set up for the company.

How to Find Qualified Rental Tenants