Jade Castrinos is not your ordinary indie and folk music singer. Throughout her fertile career, she has left her mark on the everchanging indie and folk music world. People began recognizing her when she became part of the band, Edward Sharpe and the Magnetic Zeros. Jade was a member of the band for around ten years and released several albums.

The industry has proven to be harsh on Jade when people began speculating about her leaving the band. Many were still puzzled why she decided to stop performing with Alex Ebert and go her separate way.

However, the question that still gets asked is where is Jade now? Stay calm, we have all the answers for you.

Continue reading the article to find out more about her life and career.

When it comes to her parents and the information about their life, Jade Castrinos doesn’t seem to like to share a lot about them. They were both musicians and shared a love for the craft. It was her parents’ passion for music that attracted Jade to perform. When she was a kid, Jade carved her name on one of her dad’s guitars. After this event, her dad decided it was time for Jade to learn more about music.

It seems that the event was the crucial moment that led to the singer’s success. She began her music career when she was only a teenager. It’s no wonder her early music career beginnings were in her father’s band. Jade Castrinos began singing and writing music in the years to come. 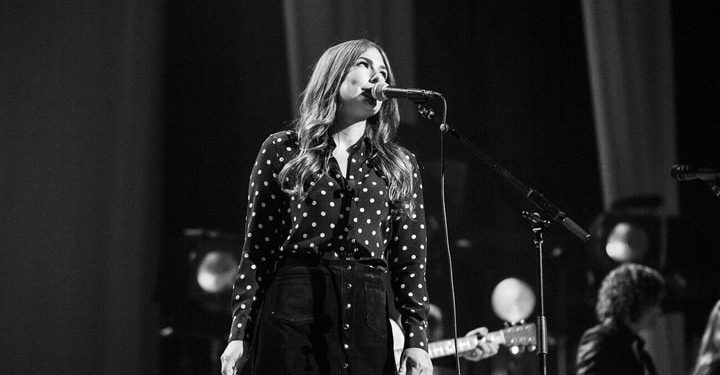 Edward Sharpe and the Magnetic Zeros

A couple of years down the line, Jade co-founded what is now known as the Edward Sharpe and the Magnetic Zeros, with Alex Ebert. Jade and Alex became an official band and began creating music and performing together.

The inspiration for the name came from Alex Ebert and his life experiences. Following the breakup from the troubled relationship with his girlfriend, Alex spent time in rehabilitation. It was during this time that Alex wanted to detox from the years spent on drugs and bad decisions. It came naturally to him to find the alter ego, called Edward Sharpe.

Following their initial meeting in front of an LA cafe, Alex and Jade began composing music together. The band’s very first show was at the Troubadour in West Hollywood, California.

Their debut album was called Up from Below and it was released in 2009.

The album was a success and received positive reviews from critics and fans. For a newly-formed band, the album was ranked at number 76 on the Billboard chart. The world was their oyster from that point on.

Jade composed music for the band’s next three albums. The second album was called Here and it was released in 2012. Their third album was titled Edward Sharpe and the Magnetic Zeros, released in 2013, while the third PersonA, was released in 2016. Many of their songs were constantly played on various platforms. The band’s most famous song was Home, although many others were just as popular.

Here is a list of some of the most popular songs of Edward Sharpe and the Magnetic Zeros:

Even though things seemed to be going well for the famous indie and folk band, the reality was that Jade Castrinos wanted something different.

Sadly, the American folk singer said goodbye to her former boyfriend, Alex Ebert, and decided to leave the band. The exact reason why Jade left the group are unknown. However, sources say that the singer wanted to focus on her solo career.

Rumors spread that it wasn’t Jade who left the band, but it was the other members who voted her out. Jade seemed to hold a grudge against the members and stated that she was kicked out after writing songs and performing with the band for over seven years. Alex, on the other hand, said that this wasn’t true.

Regardless of the way things ended, Jade seems to be doing well now. Focusing on herself and the music that she makes, Jade has been thriving as a solo artist and even made songs with Jakob Dylan. Jade and Jakob Dylan sang some of their famous songs on Jimmy Kimmel Live in 2019.

Not much information is available about her relationship status. As of July 2021, she is single and not dating anyone. Previously, Jade was in a relationship with Alex Ebert. When they broke up, Jake continued creating music and performing with the band.

Thanks to her music career, Jade Castrinos has a net worth of approximately $4 million. It’s not a surprise that the singer has accumulated a fortune of four million dollars when she annually makes around $200,000. Some sources state that Castrinos made $500,000 in 2021.

It’s expected that her income will continue to grow in the future, thanks to her songwriting and performing.

Jade Castrinos is a popular indie and folk singer whose career seems to be only rising.

Performing together for nearly a decade, Jade and Alex were dating for several years before going their separate ways. Their breakup didn’t have anything to do with Jade’s leaving the band in 2014. Several rumors spread about Jade’s leaving the group, however, the main one is her determination to focus on the solo career.

Nowadays, Jade is performing solo, and thanks to her talent.