Who is Jamal Murray’s Girlfriend? Interesting Facts about His GF

Jamal Murray, the point guard and one of the key players for the Denver Nuggets, has often been a star attraction and a media headliner, every NBA season, due to his impressive sports lifestyle. Despite being too public and outspoken about his ambitious career and activities, he remains reserved and quiet about his personal life. But recently, he was a media headliner for another reason—viral sex tape of him and his girlfriend.

In 2020, Jamal’s love life was highlighted in a snap because of the viral video with his girlfriend, named Harper Hempel. Since that incident, the Internet has been busy, with fans seeking to know who Harper Hempel is. Some fans didn’t even know that he and Jamal Murray are in a romantic relationship.

In other words, Harper Hempel was almost a stranger to the fans of the Denver Nuggets. The embarrassing and devastating incident that happened to Harper Hempel and Jamal Murray, has led them to attract more negative attention from their social media followers and fans. So, who is Harper Hempel? 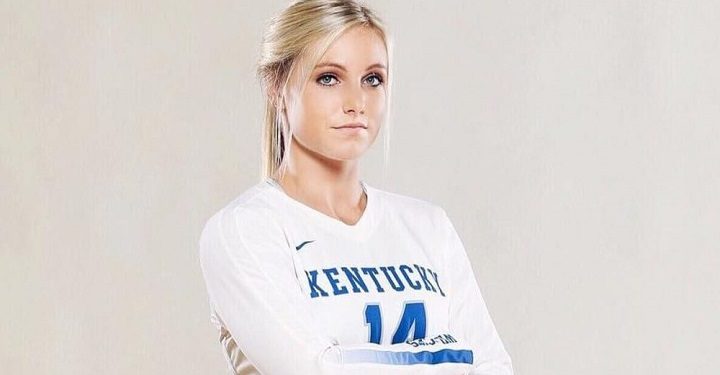 Harper Hempel is the child of Richard and Colleen Hempel. She grew up in Union, Kentucky, USA. However, there is not much information about her childhood.

Her father is “eCoach”’s co-founder, which is an online website that offers coaching assistance to aspiring athletes, who desire to master a sport. Although most athletes receive coaching services during their actual training sessions, they go to “eCoach” for extra assistance and advice.

Richard Hempel’s organization offers expert coaching sessions and video tutorials. However, regarding Harper’s mother, there is not much information about her.

Harper has only one sibling, named Conner Hempel, who studied at Harvard University. He also played as a Quarterback in their university football team. Currently, he works as Wheels Up’s account manager and is engaged to Olivia Rink, a New York fashion enthusiast.

Harper graduated high school at Ryle HS, in Lexington, Kentucky, USA. Afterward, she spent her young adulthood in a prestigious business school. She pursued her undergraduate studies in digital media and marketing. During her second year in college, she joined the campus’ volleyball team.

After graduating from the University of Kentucky, she became a successful businesswoman. She runs a photography business named after her. Aside from that, Harper is also a marketing consultant.

Amazingly, she has also made a name for herself in her high school and on her college campus as a star player in her volleyball team. She recorded her first career kill when she played against Wichita State and her first career ace in a match against Northern Illinois.

She also played against Marquette University and Golden Eagles and recorded achieving a career-high of five assassins and five digs, respectively. She earned both the district MVP honors and Team Leadership Award 2011.

However, she couldn’t pursue her career in sports because she chose to become a full-time businesswoman, in the digital marketing industry.

She is a renowned social media personality with about 78 followers on Instagram. Other than her volleyball and digital marketing career, Harper is known on the Internet and in the media, as “the girlfriend of Jamal Murray” or “Jamal Murray’s long-time GF.”

Her favorite color is black, and her favorite celebrities are Scarlett Johansson and Tom Holland. Having been a key player in the volleyball team way back in high school and college, Harper was trained to be conscious of her health, diet, weight, and athletic build. She has an athletic body and measures five feet eight inches in height.

Harper studied at the University of Kentucky, where she earned an undergraduate degree in marketing and digital media. After that, she worked as an experienced social media manager for different beverage and food brands, such as Cocomels, Ranger Beer, Voodoo, and Halo Top Ice Cream.

As a digital marketer and photographer, Harper has also worked in Lexington, Cincinnati, and Northern Kentucky. On her website, she said that she has always enjoyed taking personalized sessions and special moments with groups and individuals.

Moreover, she specializes in couple portraits, peer groups, kids, seniors, and family pictures. Hempel also loves working behind the camera. She is passionate about dedicating her time and effort to behind-the-scenes preparations and operations.

What is Harper Hempel’s Net Worth?

The former university volleyball player, makes sixty-five thousand dollars annually, as a media manager. Aside from that, she also earns around forty thousand dollars per year as an owner of a photography business.

Her total net worth as a businesswoman, professional, and volleyball player, amounts to $1 million to $5 million. Although she is only 24 years old, she has undeniable skills and potential that have placed her at a high rank in her career.

How Did Harper Meet Jamal Murray? 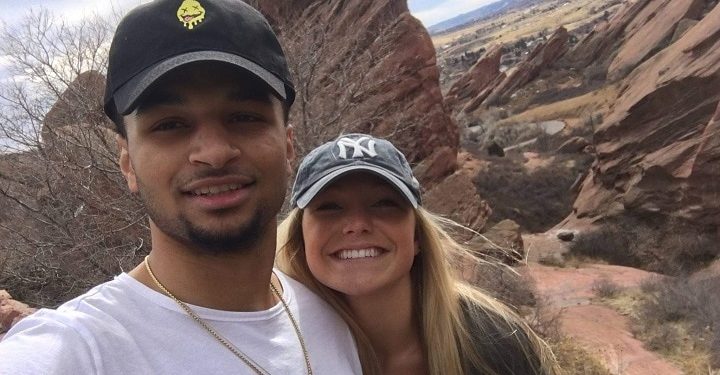 There isn’t ample information collected about, specifically, how this former volleyball athlete met the NBA player. The media also can’t tell what happened during their earliest dating stage. But one thing is for sure: Harper and Murray started their romance during college.

Murray studied at the same university as Harper, where he joined the campus basketball team. He played several times with the university team throughout his entire college days. Coincidentally, Harper was also interested in basketball because her father, Richard Hempel, had been working on basketball coaching. Thus, there were ample reasons for Harper to fall in love with Murray as a basketball player.

The two started their young romance when Murray was still a member of their university basketball team, back in 2015. At that time, Hempel was still in her second year. However, they did not have much quality time with each other because Murray’s schedule got extremely hectic with the Denver Nuggets, during their training for the NBA 2016.

While the dedicated athlete left Kentucky for Denver, Harper pursued her studies at the University. Although the couple spent some time apart, they still stood strong and continued their long-distance relationship.

Despite spending a significant amount of time apart due to Murray’s career and Harper’s studies, they are still together. After Harper finished her studies and obtained a bachelor’s degree in 2017, she and her boyfriend reunited.

However, when the global pandemic hit in 2020, they had to spend some time apart again. The COVID-19 restrictions, last year, kept them apart, and Harper could not see Murray, even on her birthday, on August 31, 2020.

Harper and her boyfriend faced an extremely odd event, five months before her birthday. On March 22nd, a video was downloaded on Jamal’s Instagram account. It is believed that his account got hacked and the hacker posted the couple’s sex tape. Sadly, the tape got lots of mixed attention from the Internet.

Even though Murray immediately deleted the uploaded tape as soon as he knew about it, 480,000 followers had already viewed it. The tape generated plenty of controversy on various media platforms. Furthermore, the basketball player apologized to the public about the odd incident.

Also, after Harper knew what had happened and realized that the video already had plenty of views, she pleaded with everyone on the Internet to delete and stop spreading the tape. The two, then, had their accounts deactivated and took time off from social media, as the leaked tape was affecting their reputation and mental health.

Harper Hempel is not just “Jamal Murray’s GF” (as most people call her); she is much more than that. She also has 78k followers on Instagram, where she shares her travel pictures.

She has an enormous shoe collection from different brands. She shows off her photography skills, by uploading impressive pictures on her Instagram feed.

She is also a social media manager at Fact and Fiction, a job that helped her step into her dream career.

Hempel Harper is Jamal Murray’s girlfriend and despite the odd situation she and her boyfriend encountered last year, she still managed to pursue the kind of life she has always wanted for herself. But for now, privacy is one of her priorities. She has to maintain her social boundaries from the Internet, to focus on her work.