Jenni Rivera, or Dolores Janney Rivera Saavedra, swept her fans off their feet with her beautiful voice and talent for acting. During her short life, she was labeled as one of the most talented singers in Regional Mexican music.

Sadly, she died after the plane she was in crashed near Monterrey, Mexico. The accident happened after one of her concerts. Jennie and six other members on the plane lost their lives. 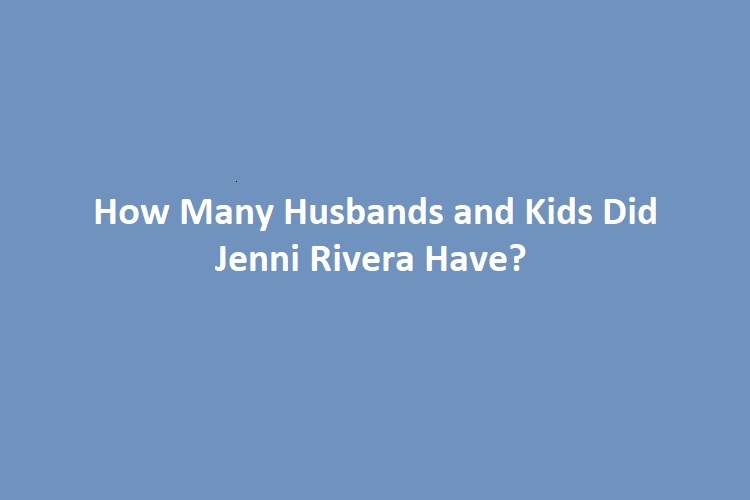 Her private life wasn’t a secret. She had been married three times. Jennie filed for divorce from her third husband, the baseball pitcher, Esteban Loaiza. The divorce wasn’t finalized due to her passing.

Jenni had five children from her former husbands. Her first child, Chiquis, was born in 1985. The singer was still a high school student when she had Chiquis. After marrying her child’s father, Jenni gave birth to Jacqueline in 1989 and Michael in 1991. She filed for divorce from José Trinidad Marín, citing physical and emotional abuse, in 1992.

Five years later, the Latin singer married her second husband in 1997. Juan López and Jenni had two children, a daughter, Jenicka, and a son, Juan Angel. Their marriage lasted for six years, and the couple divorced in 2003.

Jenni was single for the next seven years. However, that changed when she married Esteban Loaiza in 2010. The couple stayed together for only two years, then filed for divorce. The divorce wasn’t completed. Rumors circulated that her last husband had an affair with one of her daughters.