Who are the top seeds? Will the defending champions repeat? These are the dilemmas as we approach one of the most exciting and highly anticipated events in college basketball. The race for the bracket is on, march madness predictions are floating, and all roads lead to Houston’s NRG Stadium for the Final Four on 1 April and 3 April as we await the new king of college basketball. 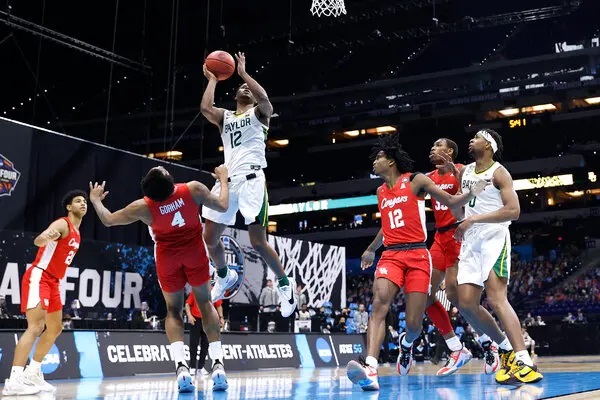 Last week was insanity. It was as though nobody wanted the top spot. Nine of the top 16 ranked colleges took losses, and the teams that could step up to replace them also suffered losses. The battle is now between the Houston Cougars and the Kansas Jayhawks. Both teams have suffered one loss each; however, a reawakening of the Houston Cougars’ X-factor, Jarace Walker, threatens the Kansas Jayhawks’ apparent dominance.

The question on every men’s college basketball fan’s mind is, will the Kansas Jayhawks do a Florida 2006,2007 repeat, or the wheel of history wills it not? Despite Kansas’ back-to-back wins last week, Houston has been a pain in their back. Kelvin Sampson’s team has better metrics, reflected in march madness expert picks, but Kansas’ quadrant wins profile makes them a valid case for a repeat.

Top Conference: The Big Ten, the Big 12, or the SEC

Another major storyline is the battle for the “best conference” title in college basketball. The Big Ten, the Big 12, and the SEC are considered the most competitive conferences in the country. Each conference will be well-represented in the tournament. The Big 12 is the highest-ranked conference this year, with the Kansas Jayhawks having good chances to make deep runs in the race to the championship. However, the AAC might cause an upset with Houston blazing hot.

Players To Watch Out For

The tournament also features several top-notch players expected to be impactful on the court. Some of the most notable players include Kentucky’s Oscar Tshiebwe, Gozanga’s Drew Timme, North Carolina’s Armando Bacot, Houston’s Marcus Sasser, and Kansas’ Jalen Wilson. These players are the best in the country and are hungry to lead their teams deep into the tournament.

Oscar is an absolute beast on the court. The current national player of the year has an impressive 17.4 Pts Per Game, 15.1 Rebs Per Game, and 1.6 Blks Per Game Stats in the 2021/22 season, which influences march madness picks for Kentucky’s deep run in the tournament.

Drew has been improving all year. Adding a jump shop to expand his range of offensive arsenal puts the player in a class of his own. The low post scorer has a 2021/22 season stat. of 18.4 Pts Per Game, 6.8 Rebs Per Game, and 2.8 Asts Per Game.

The North Carolina senior has an impressive 2021/22 season stat of 16.3 Pts Per Game, 13.1 Rebs Per Game, and 1.7 Asts Per Game. He impressed all and was objectively the best player in the last NCAA championship. The fans are looking forward to seeing him show up and show out in this edition of the NCAA championship.

A season-ending injury pressed the brakes on Marcus Sasser’s terrific run last season. Averaging an impressive 17.7 Pts Per Game, 2.6 Asts Per Game, and 2.2 Steals Per Game, the deathly three-point shooter is arguably the best guard in the game. As March madness approaches, Houston hopes to turn to him to bolster their offensive repertoire.

The Kansas junior has been deathly at the rim and outside the three-point range. He averaged an impressive 11.1 Pts Per Game, 7.4 Rebs Per Game, and 1.8 Asts Per Game. A player of his talent is essential in Kansas’ title defense.

March Madness is full of drama, excitement, and unforgettable moments. The battle for the top seed and conference supremacy, Cinderella stories, top-notch players, and bracket upsets make the tournament impossible to predict or ignore. As the race for glory gets underway, fans everywhere will be on the edge of their seats, cheering on their favorite teams and players as they fight for a chance to make history and win the national championship.

Why Do Entrepreneurs Use Private Planes?