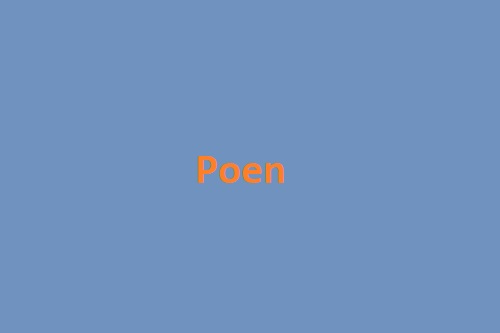 Poen is a montage of photographs and drawings. It was narrated by Leonard Cohen, who read a prose poem from his very own novel, entitled “Beautiful Loser.”

Who is Leonard Cohen?

On September 21, 1934, Leonard Norman Cohen was a Canadian poet, novelist, and singer-songwriter. Most of his works were focused on loss, death, politics, religion, depression, and romantic relationships.

Cohen died on November 7, 2016. Prior to his death, he was inducted into the Rock and Roll Hall of Fame, Canadian Songwriters Hall of Fame, and Canadian Music Hall of Fame for his contributions to the music industry.