by Wilfred Shah
in Entertainment

When it comes to TV shows and movies, everyone has their own favorites. But some shows are so good that no one can deny their supremacy. Whether you like action-packed mysteries or feel-good romcoms, there is something for everyone. Moreover, there are so many great options on streaming sites and the Spectrum TV app that it can be overwhelming. Some shows are classics like the Sopranos or Mad Men. While others like Daredevil pull in the younger comic book fan crowds. 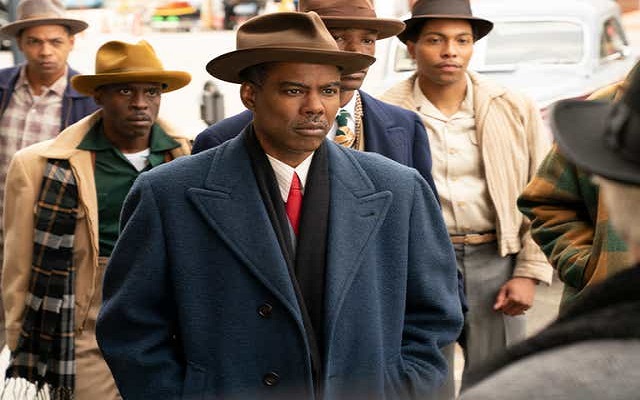 So, no matter what genre you like, or what age you are, TV shows can bring everyone on the same page. Some TV shows became so popular that they affected pop culture around the world. While others on this list are under-appreciated works of art. In any case, you will probably enjoy all of them as there is something for everyone here. Here are some of the best TV shows that you should watch right now:

No one told you that a group of six friends would become this popular all over the world. It has been over two decades when the first episode of FRIENDS was aired. But there are still so many people who love the show and its characters. The cast came together one last time for a reunion this year, and it showed that FRIENDS will always remain a classic. It is a perfect melody of friendships, love, and comedy. You will definitely fall in love with the characters in the show over the ten seasons.

Walter White became a sensation when the show came out back in 2008. The show is one of the best and has an IMDb rating of 9.4. After discovering that he has cancer, Walter uses his chemistry skills to build a meth empire. He cooks up some of the purest crystals because he is a Chemistry teacher and knows what he’s doing. Over the course of five seasons, he turns bad and becomes a completely different person. Breaking Bad has some of the most iconic scenes and the suspense of Walter’s double-life is too good throughout the show.

The Office is a reboot of a UK show with the same name. Although the UK’s version wasn’t such a big hit, the US version is a completely different story. Steve Carell plays Michael Scott, the regional manager of a paper company. You might have a hard time with the first season, but stick to it and wait for the good part. The entire show is based on a small corporate office that is being shot for a documentary. So, there are camera look-ins and interviews throughout the run. The show builds the characters amazingly and some of the episodes have the greatest comedy scripts of all time.

Game of Thrones was based on George R. R. Martin’s books and is one of the highest-grossing shows of all time. It is one of the most-tweeted-about shows and the whole world followed it as their lives depended on it. The show became so huge and sold branded merchandise all over the world. Everyone was immersed in the dragon fantasy before it all came tumbling down. So, you might not fall in love with how the show ends. But for the sake of pop culture, you should definitely watch it.

Mad Men is a show about advertising agencies on Madison Avenue back in the 60s. It is one of the most accurately presented period dramas of all time. The protagonist might be a racist womanizer, but that was true for most successful men in the 60s. Apart from the iconic authenticity of that time, the show gives the characters so much emotional depth. The development of the female characters will burst your heart with pride. So, if you haven’t already watched Mad Men, you are missing out on a TV masterpiece.

Grey’s Anatomy is a medical drama that might be the longest-running drama show you will ever see. So, if you decide to watch this, make sure you aren’t afraid of commitment. The show is about surgeons who start as residents at a hospital. Then, the story follows them throughout their time as residents and then attendings. It is a wonderful story of their private and professional lives intermingling with each other. Shonda Rhimes will definitely take you through one of the most emotional journeys of your lifetime. You will laugh and cry at the tragedy and joy of it all.

Back in 1989, America was introduced with The Simpsons and it just went uphill from there. The animated show has 33 seasons and it still running. The pop-culture references and memes about the show can be reason alone to watch it. The show is notorious for predicting future happenings like Trump’s presidency in the show. The yellow-colored characters are truly an iconic part of modern US culture.

Adjustment Disorder: How It Influences Moving