Shondale Gregory, also known as ‘Tooka,’ was a fifteen-year-old Chicago teen. Tooka was waiting for a bus on January 12, 2012, when a car came up in front of him. After exchanging several words, a person got out of the vehicle and shot the teen many times. Tooka was declared dead on the spot.

Shondale Gregory, alias Tooka, was a well-known Gangster Disciples affiliate in Chicago (GD). His death is believed to be in revenge for the killing of some other gang member, Eddrick Walker, who was 17 years old, alias Ty, a member of Black Disciples (BD), and was slain by GD members.

In retaliation for Tooka’s killing, GD assassinated Odee Perry, a BD gang member who was 20 years at the time.  Gakirah Barnes, one of Tooka’s closest friends, may have been liable for the murder, as per the Daily Mail. “One of the most prominent female criminals in US history,” according to the Mail. Barnes was assassinated in 2014, just at the age of 17, in alleged vengeance for the death of Odee Perry. 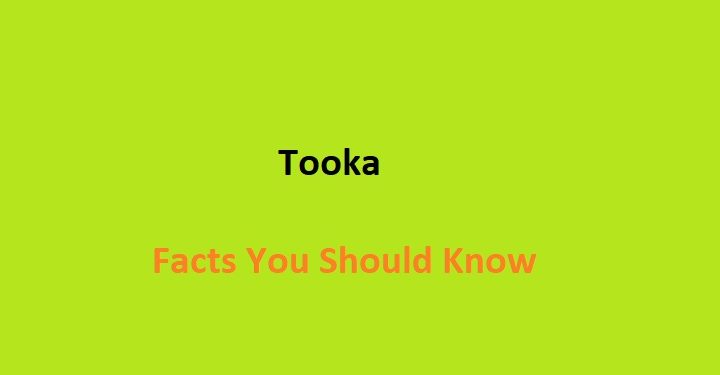 Why does King Von Hate Tooka?

King Von is a musician from Chicago’s O Block, who was recognized as Odee Perry by his gang mates. King Von is a grandson to David Barksdale, better known as King Dave, the founder of BD. Chicago gangs tease each other in songs and on social media as part of their rivalry, and King Von has referenced “smoking tooka” several times.

“A word used to denote powerful marijuana,” according to Urban Dictionary. Shondale ‘Tooka” Gregory was assassinated (smoked) by Chief Keef’s squad, Black Disciples, which inspired this phrase. The term ‘smoking tooka’ is now being used to mock Shondale’s death. “Tooka in my lungs, I say it every time, ‘cuz he was smoked,” King Von raps in his track, All These N****s. (He’s been smoked.). This phrase is the reason Tooka has resurfaced in the news, and it has the Internet speculating why King Von seemed to despise him so much.

One Reddit user speculated that it’s because Tooka beat up King Von at a certain point. At 1:29 in the footage, a user can be heard stating, “F*** Tooka, we stole his life.” The video, which was first put on Instagram, has had more than 8,000 views on the live feed and is among the reasons why the teen’s name is currently trending online, 8 years after his death. Tooka is one of several street gang members that have been brutally killed and then humiliated on social media. He is, nevertheless, one of the few people whose name has become well-known around the world.

Tooka’s Mother Speaks Out Against People Disrespecting Her Dead Son

The world was riveted by the Chicago Drill. Artists from London, New York, and practically every other hip-hop-loving city, attempted to recreate the sound produced by a gang of enraged, hungry youths, over a decade ago. Despite its transcendent nature, the music is steeped in the city’s gang culture, which frequently bursts out outside the booth. A few of the moms behind the Drill music’s muses were moved to speak out against the brutality due to this. Tooka’s mother spoke out in 2020, about her deceased son being disrespected.

The mothers of murdered rappers, Lil Mister, Tooka, and FBG Duck Ray Ray, spoke about their children on the Drea O Show of Chicago. These parents personified their children, particularly Tooka’s mother, in the process.

The notion of “smoking on” deceased rivals when alluding to cannabis, became popular during the emergence of this Drill. Tooka was an adversary of Chief Keef, Drill’s founding father, and the phrase “smoking on Tooka” came to mean “getting high.” Fans were unaware, however, that this was highly disrespectful to Tooka as well as his family. He was reduced to a social networking site’s meme and cannabis slang, from a 15-year-old child who was slain at a bus stop.

His mother, Dominique Boyd, says, “He received his nickname from the hospital. He was known as ‘Attitude,’ which I abbreviated to ‘Tooka.’ I don’t understand how they could be terrified by a 15-year-old and desire to take a human and turn them into a cannabis strain. How could you possibly say ‘smoking on Tooka?’ Where did that originate from, exactly? Who lights smoke on a corpse? It irritates me. Where do you draw the line between respect and contempt? He’s already passed away.”

Boyd then went on to say, “People are incredibly vicious in this society. For the past ten years, my son has been dead. If it’s not the upcoming [rappers], it’s the established ones—and they haven’t even heard of my son.”

Dayvon Daquan Bennett, better known by his stage as King Von, was a Chicago-based rapper. Only the Family, Lil Durk’s record label, and Empire Distribution signed him. Bennett was born in Chicago, Illinois, on August 9, 1994. His mother, Taesha, nurtured him, had 6 half-siblings from his dad and three half-siblings from his mother. Due to his incarcerations, Walter E. Bennett, his father, also identified as Ada Park Silk, went in and out of his life. Von got shot, and he succumbed to these injuries. Von was able to pay tribute to his dad in several songs, including “Exposing Me.”