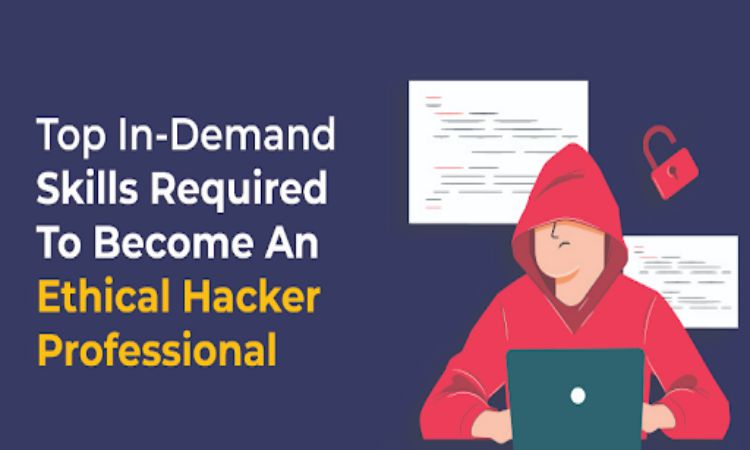 Hi there! Did you know that Ethical Hacking is a high-demand job profession? Did you know that approximately 3.5 million jobs were created last year for cyber security roles according to the cyber security jobs annual report? If this trend continues, the job openings for these roles will increase further each year. Anyone interested in learning about the security industry can enroll in this Ethical Hacking training and pursue their dream job.

Ethical Hacking? What is it exactly? We all must have heard these days that certain websites got hacked or a company got attacked by hackers right?! To protect the website/company/data from getting hacked by attackers is called ethical hacking. Many of us might think that ethical hacking is hijacking the organization’s digital data or something but no. Ethical hacking is something entirely different. It is a process that identifies the malicious attacks or illegal access in advance to protect the organization’s data security before it becomes a vulnerability and gets hacked. And the professional who is responsible for identifying and preventing cyberattacks is called an Ethical Hacker. Passing this CEH exam will be a great advantage to land an ethical hacking career.

But what exactly does an Ethical Hacker do? Ethical hackers apply their skills to help firms protect and enhance their systems. They offer a critical service to these companies by checking for security problems that might lead to a data leak. Ethical Hackers keep an eye on the security system. They will check if any flaws are present in the network systems which can be exploited by a malicious hacker. Insecure system setups, as well as hardware or software problems, are frequently detected as security issues. Once they find the flaws, they notify the organization about the discovered vulnerabilities.

The next question is how to become an ethical hacker? Like any other job, an Ethical Hacking role requires a set of skills. Ethical hacker professionals do need knowledge in various skills from basic programming to hacking. So, here we are just focusing on top in-demand skills.  Check out the popular skills explained below comprehensively.

One of your key tasks as an ethical hacker is to guarantee that messages or other forms of communication between various members of the company are delivered and collected without jeopardizing security and anonymity. Cryptography is the process of turning plain text into ciphertext, a non-readable form that is unintelligible to hackers, while it is being sent. An ethical hacker must ensure that information between different members of the organization is kept private.

A penetration test, also known as a pen test, mimics a cyber attack on your computer system in order to identify vulnerabilities in computers, networks, websites, and apps. The penetration tester’s findings may be utilized to fine-tune existing WAF security procedures and address security gaps. If you want to be an expert ethical hacker, you’ll need a deep understanding of penetration testing tools and methodologies as well as hands-on experience in it.

A database is a place where the entire data of the company is stored. If this database is not secure then the company will be in serious trouble. Hence, ethical hackers must know about data management skills so that they can assist the company in developing the most secure and powerful database. Recently, many database hackings are noticed which increased the demand for professionals with database skills.

Ethical Hacking is the process of finding possible hazards by accessing computer systems and networks. As a result, applicants must be familiar with networking fundamentals such as process injection, thread killing, process killing, and so on. They must also know how to use networking commands such as the OSI model, IP addresses, MAC addresses, subnetting, and routing to allow ethical hacking. Knowing networks such as DHCP, NAT, Subnetting, and others can enable security experts to investigate the many associated systems in a network, as well as the possible security dangers that this could provide as well as how to address those issues.

As more businesses move sensitive information to the cloud, cloud-based security services are becoming increasingly important to safeguard and protect their information. The company requires cloud-savvy security personnel as they shift to the cloud. As a result, the cloud security competency will equip you with the necessary foundations for securing files in the cloud.

Blockchain is an advancing technology that is expected to lay a solid foundation for a variety of security systems, including mobile and IoT devices, supply chains, network management, and identity management. Blockchain, or Distributed Ledger Tool (DLT), is an effective cybersecurity technology since it focuses on building trust in an untrustworthy environment. Since an attacker would have to delete the information saved on each and every user’s browser in the vast network to wipe or damage a blockchain, it provides unprecedented data protection. Due to the difficulty necessary to enter and breach such a network, blockchain security reduces the chance of being attacked by cybercriminals.

These are all the top demanding skills required for any ethical hacker professional to land their dream job in this competitive world.

Everything You Need To Know About Shooting Sports

Where to Take the CCNA Certification Exam?