José Trinidad Marín, also known as Trino Marin, is best known because of his ex-wife, Jenni Rivera, a famous American singer, songwriter, spokesperson, and actress. Trino Marin also became famous when he was convicted of rape and sexual assault.

For many years, living with his wife Jenny, Trino Marin repeatedly abused his daughters and sister-in-law sexually. Due to this hideous act, Trino Marin was finally sentenced to 31 years of imprisonment. 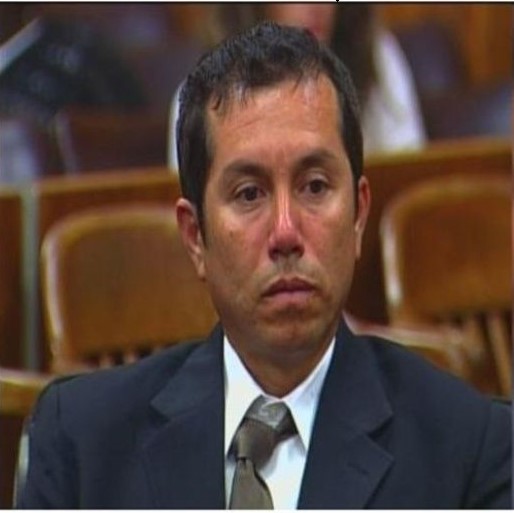 José Trinidad Marín is an American Mexican and was born on the 15th of February 1964. He was born and raised in Mexico and moved to the United States (the year was not disclosed) with his family.

He was in high school when he first met his ex-wife, Jenni Rivera. Trino Marin’s name became prominent in the media after his marriage to Jenni Rivera, who was a famous singer-songwriter. There is not much information about the couple’s married life, as both of them are very discreet.

In the initial phase of his romance with Jenni, Trino did various jobs. He started to earn sufficient money when he was hired as a manager in a restaurant.

During this time, he suggested that Jenni stay at home to take care of their children, rather than going to college. At first, Jenni disagreed, and this made Trino physically abusive towards his wife.

Trino was 20 years old, and Jenni was 15 when they tied the knot in 1984. In the same year, Jenni was pregnant with their first baby while still in high school. She gave birth to their first daughter, Chiquis Rivera, in 1985.

Over the years, the couple had three children, their firstborn, Chiquis, their second child, Jacqueline, and their only son, Michael. All of their children are successful in their chosen careers.

However, not all love stories end like a fairytale. Jenni and Trino got divorced in 1992. Reports indicated that Jenni filed for divorce because of the mental, emotional, and physical abuse that Trino has caused her.

In 1997, after the divorce, Jenni found out that Trino had sexually abused their two daughters and her sister, Rosie.

The vicious crime committed by Trino was discovered after many years. He sexually abused his ex-wife’s sister, Rosie, and also molested his daughters. His sister-in-law confessed about his hideous act in 1997.

Upon hearing about the terrible news, Jenni immediately filed a complaint against her ex-husband. After lodging a case, he was summoned by the court, but he fled and was marked as a fugitive. He changed his identity and began a life in Riverside County. Nevertheless, he was arrested in April 2006, despite his effort to change his identity.

All of his family members were present at the time of his trial. His eldest daughter, Chiquis, whom he assaulted for four years, expressed that she loves her father and has forgiven him.

Despite all the dreadful things he caused his family, Trino and his children are on good and speaking terms. When his eldest daughter, Chiquis, got married in 2019 to Lorenzo Mendez, Trino called her from prison. Chiquis recorded this whole ordeal on her YouTube vlog.

In 2017, Trino met with Jacqui, his younger daughter. Jacqui took pictures with Trino and said that she had forgiven her father for the sins that he committed, so he could move on with his life.

There was a rumor in 2018 that Trino would be released because of good behavior. However, the news was not confirmed, and no further information was received. People got furious following the news, considering what Trino had done.

Moreover, the speculations about his early release were fueled because of one of his daughter’s statements that they had not talked to him about it. However, there are no further details about his release. Many people are curious to know whether Trino is still alive and whether he is serving his sentence.