Fans recognize her from appearing in movies; others first heard her name when she married Chris Perez. Although she has paved the way to success, Vanessa Villanueva’s life turned around for the better when she first met her now ex-husband.

Vanessa Villanueva is an actress and starlet from Texas, in the United States. The public became interested to learn who Perez’s new girlfriend was, in 1998. After dating for almost three years, the couple married in 2001. From appearing in several movies to dating and then marrying one of the most famous musicians in the music industry, here’s everything you need to know about Vanessa Villanueva. 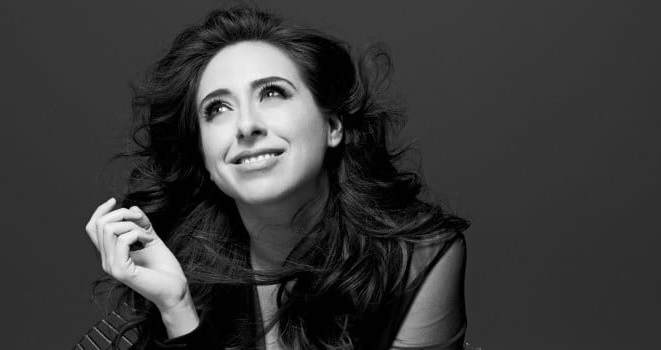 Before laying eyes on Chris Perez, Vanessa had a pretty chilled life. Some of her family members report that she wanted to hide her private life from the public eye.

However, that didn’t last long as her life ended up in the yellow pages. Everything changed after meeting Perez, in 1996, through a mutual friend, called John Garza. At first, Vanessa and Chris were close friends before they hit it off.

Sadly, Chris was recovering from a very traumatic period in his life after learning of his first wife’s tragic death. Chris’s first wife was the singer, Selena Quintanilla, from April 1992 to March 1995. Unfortunately, she lost her life due to her manager’s attempt to kill her. Not knowing how to cope with the loss of his beloved wife Chris turned to Vanessa for help.

At first, Vanessa and Chris were friends comforting each other. The duo began dating in 1997 and tied the knot on October 26, 2001. Shortly after, the couple had two kids, a daughter, Cassie Perez, and a son, Noah Perez.

The couple had to go through a difficult period when they learned that Vanessa was expecting a baby with Down Syndrome. Although doctors had suggested aborting the baby, Vanessa decided that she’d want to raise him regardless of the syndrome. At times, it seemed like the couple wouldn’t last due to Noah’s disability, but Vanessa and Chris remained close for quite some time.

Even though the couple seemed happy for a while, their marriage didn’t last long. Only seven years after walking down the aisle, Vanessa and Chris decided it was time to call it quits. They divorced in April 2008. Many speculate that the main reason their marriage didn’t last was Perez’s drinking habit and not being able to cope with the death of her first wife. Allegedly, Vanessa received all of his assets following their separation.

New Beau in Her Life

Not taking too long to dwell on her previous relationship, Vanessa decided it was time to move on. In February 2018, she married her longtime boyfriend, Henry Soliz. After dating for almost six years, the duo tied the knot in 2018. The couple lives in Portland, Texas, and from the photos they post on their social media accounts, they seem happy.

Not much is known about Vanessa’s life prior to 2012. Her exact educational background is also not known although some reports show that she enrolled at a university.

Her career began to flourish in 2011 when she was a staff participant in Memphis Climbing: Elvis Returns. While in the movie, she was part of the system electrical contractors and remained in the Video Camera and the Electric Division.

Following her divorce from Chris, her career took significant strides. She contributed to the TV show, Forgotten Memories. In recent times, it is reported that Vanessa has opened a nail salon that has a private spa in Portland, Texas.

Her exact net worth isn’t known. Yet, based on her appearance in movies and TV shows, we can assume that she lives a comfortable life surrounded by the people she loves.

Some information circulated online that she managed to take over the assets after separating from her first husband. After almost two decades of her being in the spotlight, we can conclude that she has between $100k and $500k.

Apart from her decent lifestyle, Vanessa currently owns a nail salon in Texas. As her endeavors continue to grow, it is expected that her fortune will also grow in proportion to her success.

Some argue that Vanessa’s career took off when she first met Chris. Although he had some contribution to her success, Vanessa proved that she’s a self-made businesswoman.

The children also have been living with their mom. Even though Cassie resides in her mom’s place, she can often be seen with her dad, Chris, posing for Instagram.

Vanessa’s evident success isn’t a surprise. After working on movies and TV shows, the American actress decided to step back from the public eye. Nowadays, she has a nail salon with a private spa. Her nail salon is called V’s Spa.

Matt Stonie’s Girlfriend and Their Relationship: Everything You Need to Know