Jacquelin Melina Marin Rivera, also known as Jacqie Campos, was born on the 20th of November 1989. Her birthplace is Long Beach, California. She is a Mexican actor and singer who is best known for her performance in I Love Jenni (2011), Chiquis’ ‘n Control (2012), and The Riveras (2016).

Jacqie Campos is the youngest daughter of Jenni Rivera and Trino Marin. Her father was sexually abusive towards her and her siblings, which was why her parents divorced after her father was sentenced to more than 30 years of jail time. After getting divorced, her mom remarried again, to Juan Lopez and Esteban Loaiza, respectively. 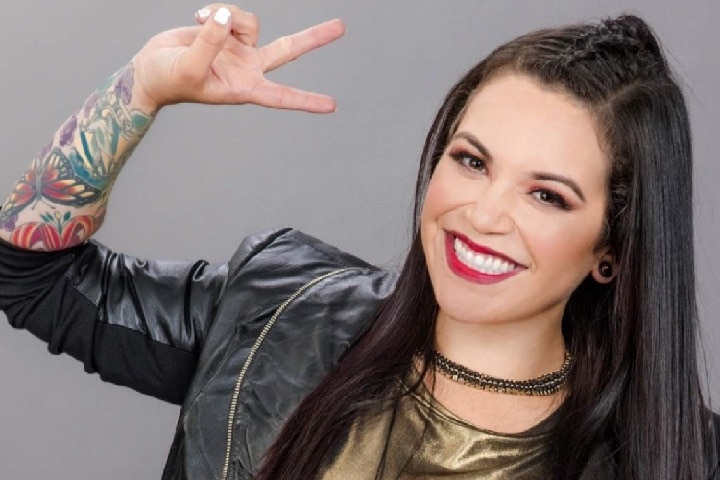 She has a total of four siblings, including Chiquis Rivera, Michael Marin, Jenica Lopez, and Johnny Lopez. Unfortunately, Jacqie’s mother died in a plane crash on December 9, 2012.

Jacqie had one kid with her ex-boyfriend Danny Yanez, in the year 2009, named Jaylah Hope Yanez. With her husband, Mika Campos, she had three children named Jenavieve Faith Campos in 2014, Jordan Love Campos in 2016, and Julian Joy Campos in 2020.

In 2013, Jacqie, being a devoted Christian, created a Christian T-Shirt line. Then, later she became an actor and became one of the main stars of I Love Jenni. She then bravely revealed that she and Rosie were no longer involved in alcohol and drugs. She also appeared on Jenni Rivera Presents: Caiques & Raq-C EM and cliquish ‘N’ Control.