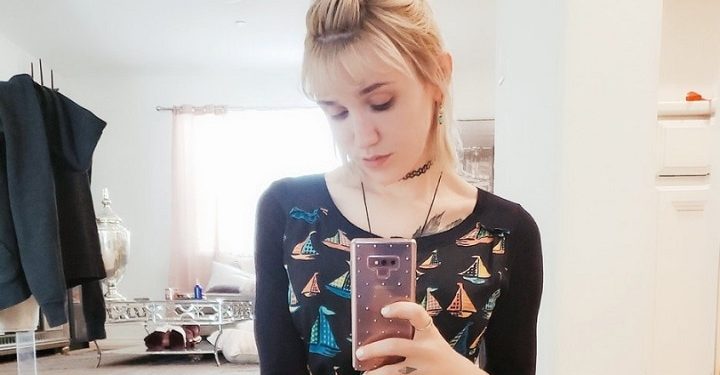 Originally from New York, Lena Kelly was born in April of 1989. She hails from a family of Irish ancestry. There are not many details known about her family, so it isn’t easy to speculate.

She began her career in the adult entertainment sector, as a webcam model. By way of a mutual friend, she was introduced to Steven Grooby, the company’s founder of Grooby Productions. He was intrigued by her profile and invited her to relocate to Las Vegas, Nevada, to begin her professional life as a pornographic performer, under his label. She began filming her first scenes with Grooby Productions in 2016 when she was just 20 years old.

During a swinger party in March 2017, she became embroiled in a scandal with American rapper Coolio. They had met the previous month. As Kelly recounts, Coolio later extended an invitation to her to attend a concert at the Luxor Hotel, located in Las Vegas. Artists, such as Naughty by Nature, were performing, with Lena serving as Coolio’s guest. When Kelly walked into the rapper’s room, she confessed that his identity was transsexual. This did not go down well with Coolio, who ordered his security to leave the room immediately, after hearing her confession.

Following that episode, Kelly took to Twitter to accuse Coolio of being homophobic and mistreating members of the LGBT community. On the other hand, a spokesperson for Coolio categorically disputed that such an incident occurred. The spokesperson even suggested that Kelly’s allegation was part of an effort to slander the former rap star.

Lena Kelly’s net worth is not available. However, from her lifestyle, it is clear she is doing well, financially. Her money is generated through featuring in various videos, which have amassed millions of views.

She has also made a name for herself in the world of directing, being the first transsexual director to be employed by the Evil Angel production company. TransNasty, in which she stars, produces, and directs, marked her first appearance behind the camera in 2019. In 2020, she got back in the production business with Tranimals. She has so far recorded over 160 films throughout her career.