Everything began in 2018, when young basketball player, Mikey Williams, rose to fame. Since then, Mikey has been said to be in the top five of the class of 2023. Mikey has a career that every teenager could only dream of.

During his adolescent years, he began dunking and even played for the travel team, Malcolm Thomas All-Stars. Thanks to his talent, many recruiters compare him to Lebron James.

Mikey was born in California, in 2004. His mom, Charisse, was a softball player during her high school years and university years. His dad, Mahlon Williams, was a famous basketball player. 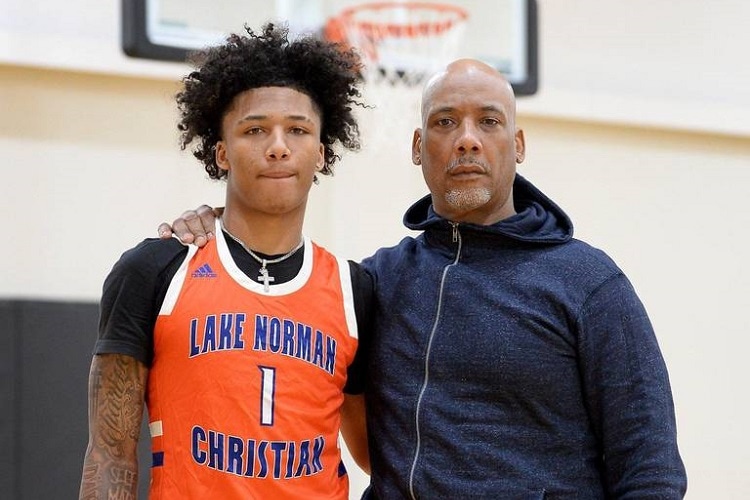 Mikey’s dad is a former basketball player. Nowadays, Mahlon is a basketball coach at a local high school. Apart from being in the basketball world, he is also the owner of So Cal Magic Elite Basketball Organization and Compton Magic Girls Organization.

In the past, Mahlon was a rising basketball star who was supposed to break records in the NBA. During his high school years, Mahlon earned the title of being one of the best young basketball players in South Bay, California. He even made the news after scoring 30 points during his two games. Failing to meet the standard grades, he had to be benched in the next 13 games.

Sadly, his dream to play in the NBA didn’t come true. Mahlon ended up in a bad circle of friends who stopped his growth as a promising basketball player.

This is what he stated in an interview, “I got into the whole gang aspect and getting locked up. I did ten months. I made some mistakes in my life, you know what I mean? I have been through some tough things, but we all live. We live, we learn.”

Failing to accomplish his childhood dream, Mahlon focused on his studies. He earned a BA in Criminal Justice from National University and received an MA degree in Human Behavior and Sports Psychology.

After successfully completing the MA studies, Mahlon went back to his high school and became an instructor. He spent over 13 years developing the girls’ youth basketball team.

Mikey Williams’ dad caught the eye of the basketball recruiters from a young age. Unfortunately, due to several circumstances,  Mahlon never played in the NBA.

Instead, he focused on his education and began working as an instructor in his old school. He helped many girls, with the help of his girls’ youth basketball team, to receive scholarships to continue their education.