The TLC show, “1000-lb Sisters,” follows the lives of Amy and Tammy Slaton for three seasons. The fans fell in love with the fun personalities that Amy and Tammy have. When they first started on their weight-loss journey, the difficulties to lose weight were greater than the wish to lose weight.

However, progress was evident. Amy decided it was time to say goodby to junk food and embrace a healthier lifestyle. Tammy, on other hand, still struggled with poor eating choices. 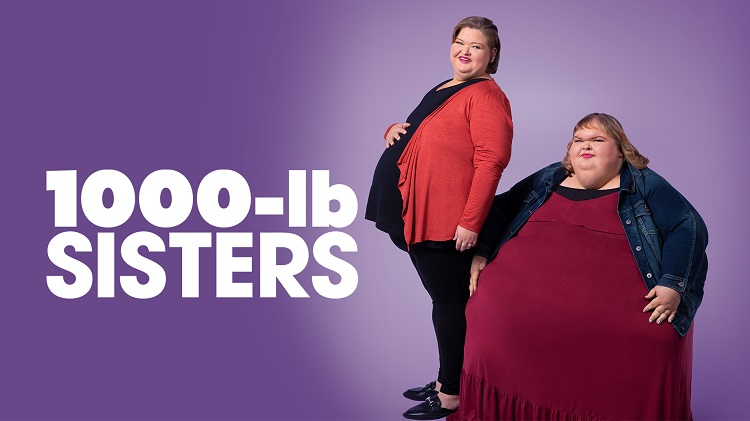 So, in the eye of Season 3 of the show, our question is, “Where are they now and how much do they weigh?” Continue reading the article to find out.

Amy and Tammy started experiencing difficulties in Season 1. The sisters weren’t able to weigh themselves on a normal scale. They had to be taken to a recycling facility to use that scale. Upon weighing themselves, the sisters were in shock. Amy Slaton weighed 400 lbs, and Tammy, 600 lbs.

That was rock bottom for both of them. However, Amy decided that she wanted to qualify for the weight-loss surgery, so she took things seriously. She decided to cut back on food, exercise regularly, and take swimming lessons. Tammy couldn’t walk down the stairs to join her sister.

The progress that Amy made was evident. She even qualified for the surgery. According to a source, Amy got down to 270 lbs. However, Amy had to take things easy as she got pregnant and decided to focus on delivering a healthy baby. At one point during her pregnancy, Amy ate a lot of Chinese food, so she was taken to a hospital because of having horrible gas.

In season 2, Tammy still struggled to lose weight. The doctor was concerned about her health-related issues, however, he thought that Tammy was making progress. Even though she gained weight, the doctor felt that it was clear to Tammy that she has a food addiction. Now, weighing over 666 lbs, Tammy is determined to get back on track.

The Making of Season 3

The sisters are ready to please the fans with new details of their lives. And fans couldn’t be happier. The producers of the show realized that fans relate to the sisters’ lives, so they decided it was time to renew the show for another season.

Season 3 of “1000 lb Sisters” is in the making. Tammy, who is active on social media, said that she couldn’t disclose details about the show because of her binding contract.

Their fans have a petition to renew the show for two more seasons. Whether that will happen or not, we are eager to see how the plotline will develop following Amy’s pregnancy and Tammy’s stay at the facility.

Known for her sass and angry outbursts, Tammy couldn’t qualify for the surgery. At times, she was jealous that her sister had been chosen to go through the weight-reduction surgery.

The season finale, however, showed Tammy being concerned about her sister’s risky surgery. Even though Amy and Tammy are still struggling to lose weight, some progress has been evident. Amy managed to lose a lot of weight since the beginning of the show, while Tammy finally realized that she has a food addiction.

Season 3 will reveal whether or not the sisters can finally say goodbye to their excess weight.